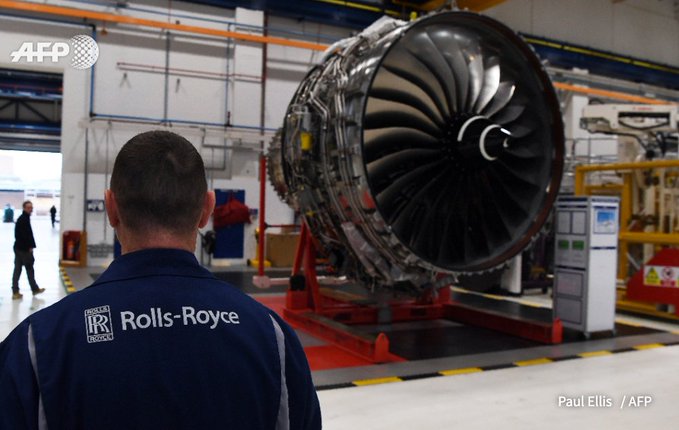 Rolls-Royce, the British maker of plane engines, said Wednesday it will cut at least 9,000 jobs and slash costs elsewhere, as the coronavirus slams the aviation sector.

“This is not a crisis of our making. But it is the crisis that we face and we must deal with it,” chief executive Warren East said in a statement announcing that Rolls would cut nearly one-fifth of its global workforce.

“Our airline customers and airframe partners are having to adapt and so must we.”

Rolls said it expected “the loss of at least 9,000 roles” from a global workforce of 52,000 and would also cut “expenditure across plant and property, capital and other indirect cost areas”.

The measures would hand the company annual savings of more than £1.3 billion ($1.6 billion, 1.4 billion euros).

The restructuring will meanwhile cost Rolls about £800 million.

“Our defence business, based in the UK and US, has been robust during the pandemic, with an unchanged outlook, and does not need to reduce headcount,” it added.

Rolls has already spent the past two years cutting thousands of management roles following weak demand for its power systems used by the marine industry.

“The restructuring announced on 14 June 2018 will transition into this wider proposed reorganisation,” Rolls said Wednesday.

“Focused predominantly on reducing the complexity of our support and management functions, the programme has substantially delivered on its objectives.”

The new cull comes as global air travel remains virtually non-existent, even as governments start to ease their lockdowns.

With planes grounded worldwide, airlines are slashing thousands of jobs.

“Being told that there is no longer a job for you is a terrible prospect,” East added on Wednesday.

“But we must take difficult decisions to see our business through these unprecedented times.”