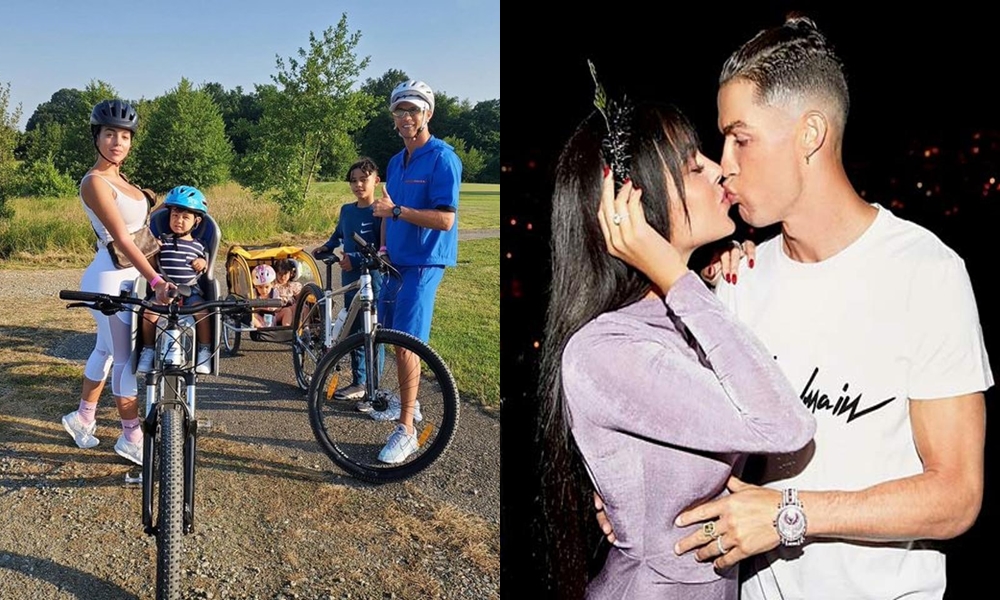 CRISTIANO RONALDO could have his fifth child on the way after his girlfriend Georgina Rodriguez appears to be pregnant with her second child.

The five-time Ballon d’Or winner went biking with his spouse and their four kids but the model found a way to hide her belly bump in the picture she posted on social media.

All dressed in comfy costumes with protective headgear posed for a quick snapshot while the forward gave the cameraman a thumbs up.

Dwayne Johnson ‘The Rock’ is now the world’s 3rd…

It would be recalled that the 35-year-old returned to Italy earlier this month and rejoined his teammates after observing 14 days of isolation in Turin.

He had earlier spent about seven weeks in his native island of Madeira due to the outbreak of coronavirus pandemic. However, the winger never stopped training and keeping fit in anticipation of the return of the Italian League.