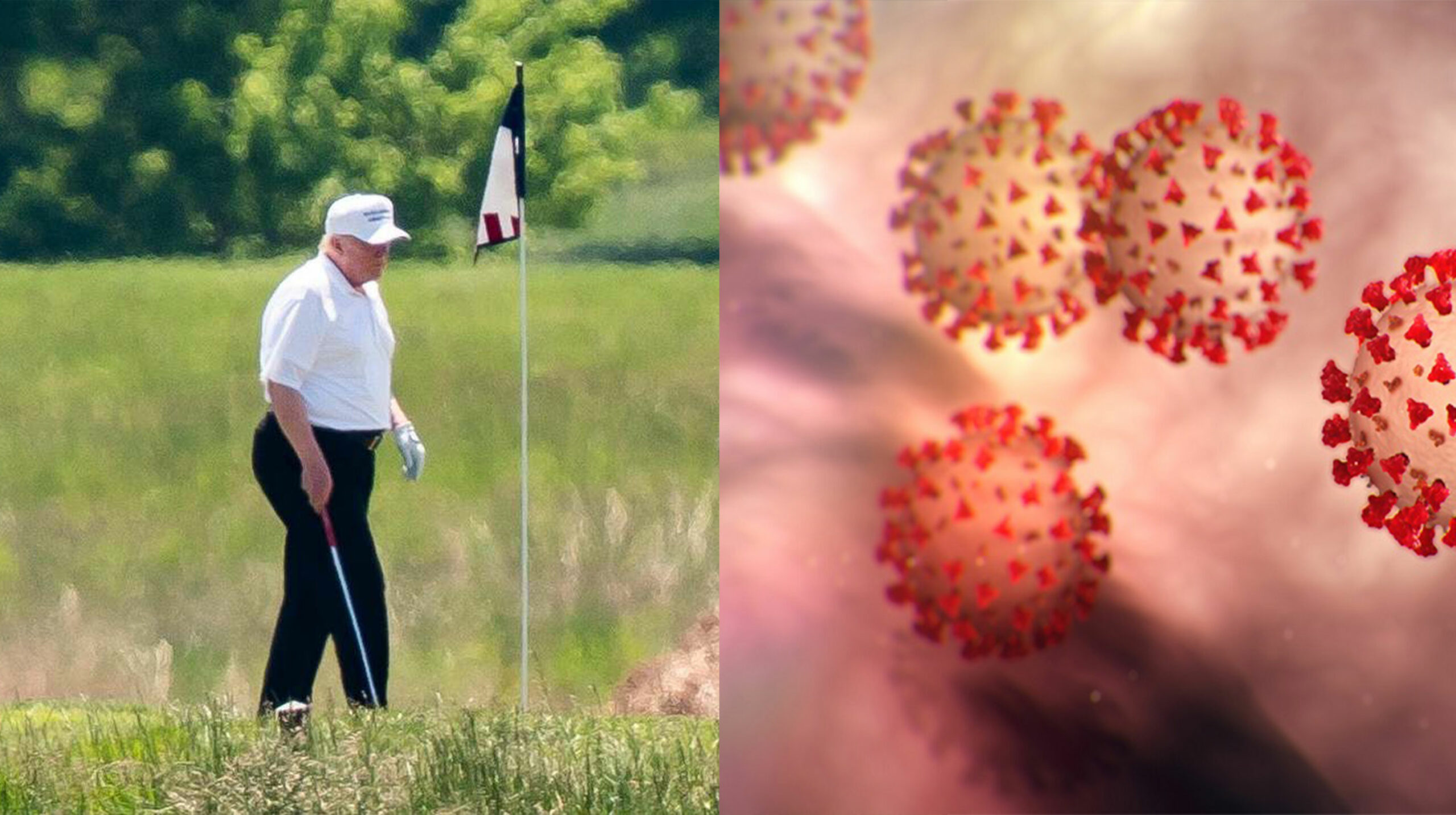 The United States has recorded over 100 thousand deaths from the current COVID- 19 pandemics. Ironically, the president of the United States Donald Trump made a grave mistake by playing Golf according to his critics. According to the report, many see his playing of golf at a time like this as wrong and downright insensitive.

However, President Donal Trump is not taking the criticisms lightly. He seemed furious as he has taken to Twitter to publicize his displeasure with a series of long tweets.

“Some stories about the fact that in order to get outside and perhaps, even a little exercise, I played golf over the weekend. The Fake & Totally Corrupt News makes it sound like a mortal sin – I knew this would happen! What they don’t say is that it was my first golf in almost…”

.”…3 months and, if I waited 3 years, they would do their usual “hit” pieces anyway. They are sick with hatred and dishonesty. They are truly deranged! They don’t mention Sleepy Joe’s poor work ethic, or all of the time Obama spent on the golf course, often flying to….”

And he completed it with:

“….Hawaii in a big, fully loaded 747, to play. What did that do to the so-called Carbon Footprint? He also played moments after the brutal killing by ISIS of a wonderful young man. Totally inappropriate – and it was me who shattered 100% of the ISIS Caliphate. I was left a MESS!”