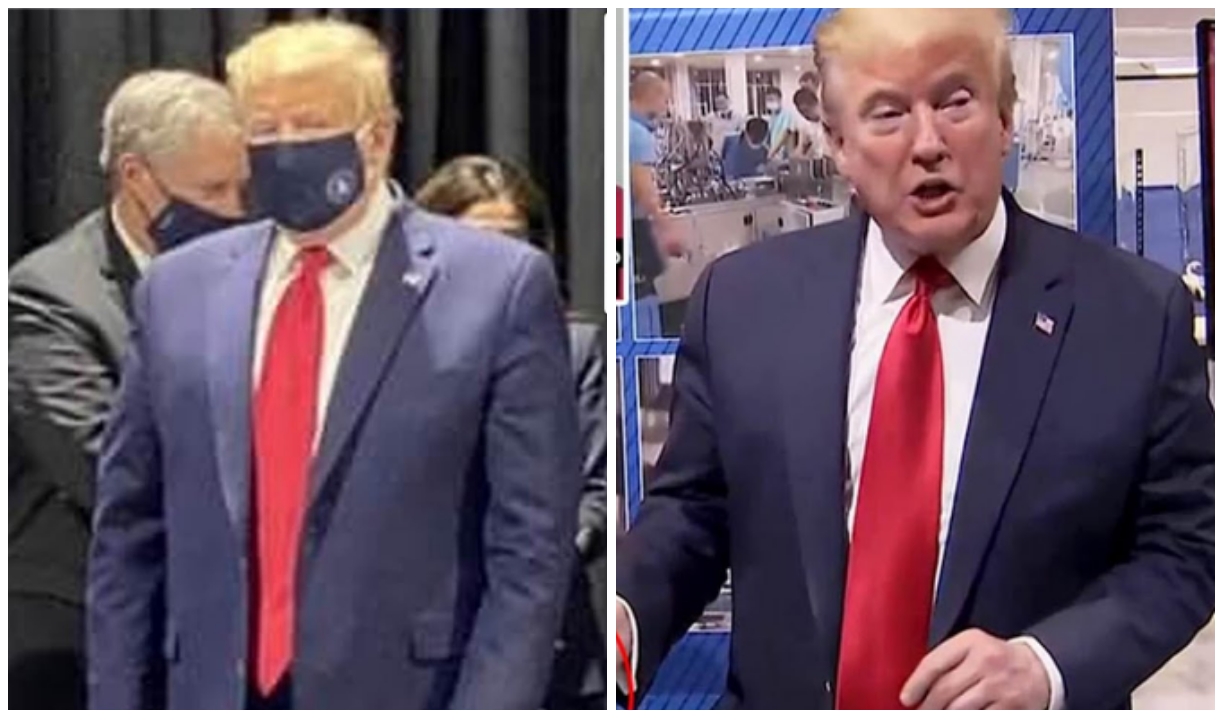 The US President, Donald Trump was finally spotted wearing a facemask during his private tour of a high-profile visit to a Ford factory on Thursday.

However, Trump spent the entire public part of the tour defying its boss Bill Ford’s request to cover up, Daily Mail UK report.

While in public, Trump held the navy blue face covering with the seal of the president on it, but added he didn’t want to give the media the ‘pleasure’ of seeing him wear one.

‘I wore one in this back area. I didn’t want to give the press the pleasure of seeing it,’ he said during his tour of the Rawsonville Components Plant. ‘I had the goggles and the mask.’

Trump has been reluctant to be photographed wearing a face covering and is reported to have said it would send the wrong message as he pushes to get the country focused on reopening from the coronavirus pandemic, which has infected more than 1.58 million Americans and killed almost 100,000.

He was finally photographed wearing a face covering backstage as Ford, the executive chairman of the firm founded by his great-grandfather Henry Ford, showed him three Ford GTs during a private tour.

But when he was in public, he brandished the mask with the presidential seal without putting it on, and posed with a face visor which he did not wear either. Also not wearing a mask was his press secretary Kayleigh McEnany and chief of staff Mark Meadows.

After the tour, Ford Motor Company put out a statement from its executive chairman, saying the president was asked to wear a mask. The state attorney general also has threatened legal action against Ford if Trump did not wear a face covering during his tour.

‘Bill Ford encouraged President Trump to wear a mask when he arrived. He wore a mask during a private viewing of three Ford GTs from over the years. The president later removed the mask for the remainder of the visit,’ the company said.

Michigan attorney general Dana Nessel told CNN: ‘He is a petulant child who refuses to follow the rules. This is not a joke.’