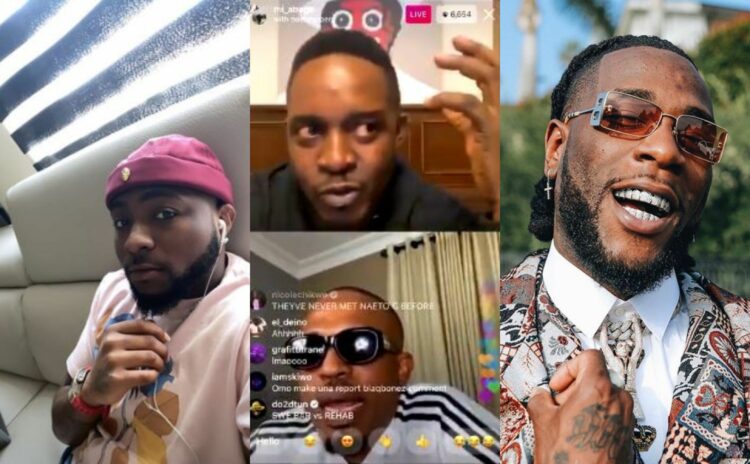 Nigerian Music legend, Naetochukwu Chikwe, professionally known as Naeto C has weighed in on the fallout between two Nigerian stars, Davido and Burna Boy. In a live Instagram session with MI Abaga last night, the “10 over 10” crooner revealed that Davido works hard despite his father’s money.

The superiority battle that trended on social media over the weekend after Davido posted a photoshopped picture of himself and Wizkid which sparked a reaction from Burna Boy. This is by far the biggest confirmation of Davido’s class. Burna Boy has claimed that Davido is not talented and only got fame and popularity from his father’s wealth. Davido has also responded that Burna boy’s remark stems from hate.

Naeto C who invariably belongs to the same social strata as Davido has come to his rescue by slamming Nigerians for having a sense of entitlement and feel people don’t deserve good things.