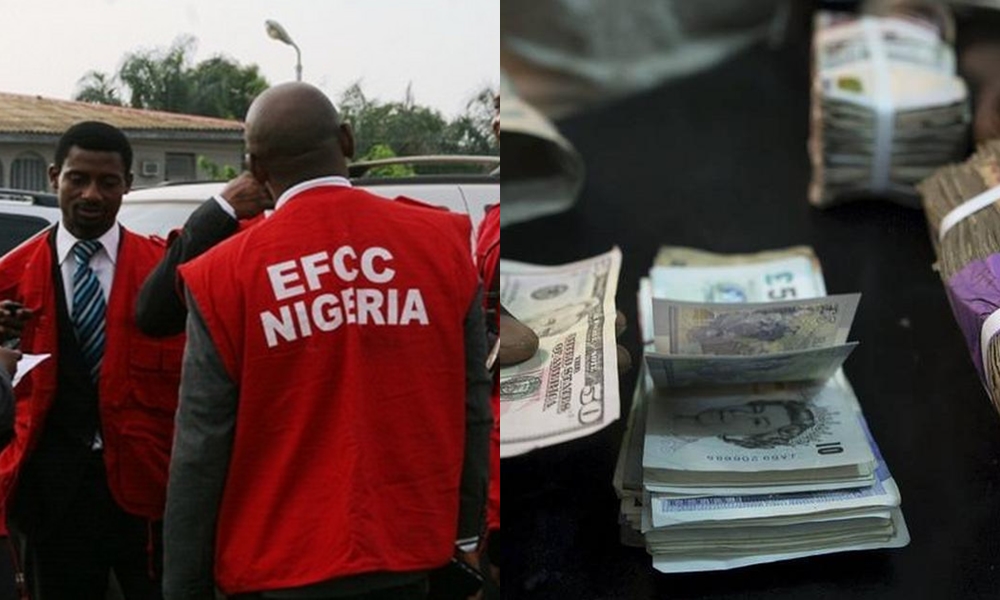 The Economic and Financial Crimes Commission has returned $4,040 (approx. N1.5M) to a Brazilian lady who was scammed by a yahoo boy.

A statement by the EFCC’s Head, Media, and Publicity, Dele Oyewale, said the Brazilian, Debora Moreira, had acknowledged the receipt of the money.

According to Oyewale, the money was recovered by the Port Harcourt Zonal Office of the anti-graft agency from one Emmanuel Tope, a convicted fraudster. Tope was said to have defrauded Moreira of the money through a romance scam.

“EFCC commenced investigation of the scam in March 2019 and successfully recovered the money, prosecuted and got the fraudster convicted.

“The proceeds of crime was remitted into the victim’s account with Bank Itau S/A, Rua Ameirico Brasiliense, through the Central Bank of Nigeria,” Oyewale said.

Meanwhile, An Instagram vendor named Ojay of Variant signature has alleged that men of the Lagos State Traffic Management Authority (LASTMA) stole the sum of N170,000 from his car at Marina area of the state.

According to the man, he was driving along the Marina Alley and slowed down to enter a car park opposite the United Bank for Africa’s office before a LASTMA vehicle usurped him and accused him of parking illegally.