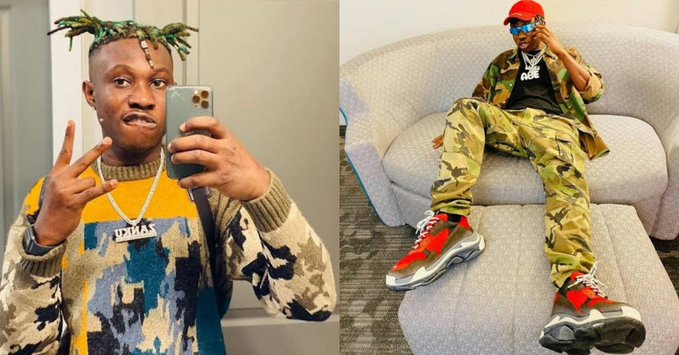 Nigerian rapper and singer, Omoniyi Temitayo Raphael better known as Zlatan Ibile shared some of his past where he almost considered fraud out of frustration but he thanked God for where he is today.

It is well known that Internet fraud better known as Yahoo Yahoo and all other forms of fraudulent crimes have been on the rise in recent times.

Zlatan stressed that struggles of life almost pushed him to it.

Nigerians react to video of Singer, Zlatan doing something…

He made it known in a live video session on Instagram that frustration almost made him consider going into Fraud.

According to him, Girls showed him pepper and nobody wanted to date him because he was broke.

“Na when i make am i get girlfriend.”

However, towards the end of 2018, Zlatan  Ibile had a breakthrough in his musical career after he released a single titled “Zanku”, with a new dance step with the same name, and ever since then he has remained one of the top singers in the country.