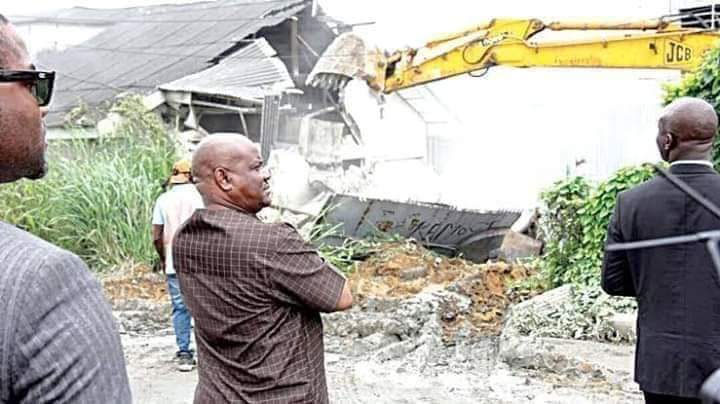 According to the latest report, the Rivers State Government has demolished two hotels in the state over alleged violation of the lockdown order in the state.

Governor Nyesom Wike was seen at the location as he personally supervised the demolition of the structures in company with some government officials on Sunday.

The report revealed the affected hotels were Prodest Hotel in Alode and Etemeteh Hotel in Onne, both situated at Eleme Local Government Area (LGA) of the state.

Coronavirus: Check out how Wike and Fashola greeted today in…

“Shut up or I expose your wife”, Amaechi…

This demolition comes 3 days after Governor Wike directed officials of the Local Government Task Force to identify hotels operating during the lockdown for demolition.

He warned that those who fail to comply with the government’s directives on measures put in place to curb the spread of coronavirus in Rivers would face the consequences.