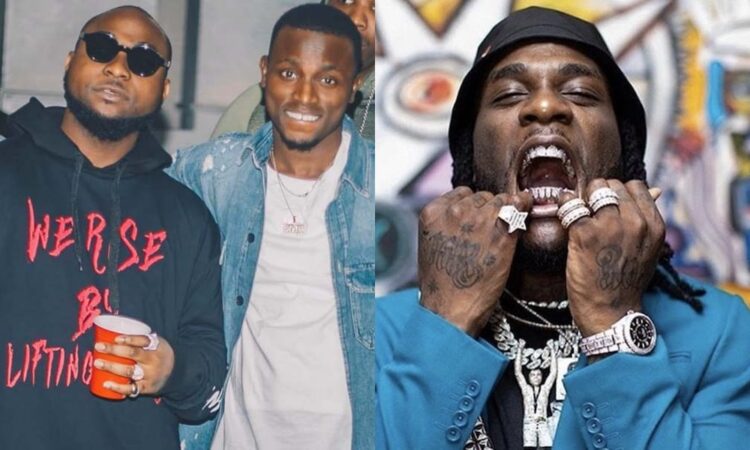 Aloma in a recent post shared on his official Instagram page extended his apologies to Davido and noted that whatever he said to Burna Boy was born out of his bluntness.

If you recall, Aloma went blunt on Burna Boy last night , May 29 during an Instalive session. He told the singer that he will come for him if he bites the hand that feeds him.

Aloma had claimed that he and three other people tracked Burna Boy to a club some time ago and when the singer was aware of their presence, he became humbled and was frightened by them. Aloma then revealed that it took the intervention of Davido —who was in Atlanta at the time— for things not to get messy.

However, in his apology post, the young man confessed to his boss, Davido that he was so blunt in his accusations and feels sorry for going too far.

“Am very sorry boss @davidoofficial am just blunt I beg you in the name of GOD @burnaboygram love you big bro,  you bam”

Meanwhile, Davido took to Aloma’s comment section and further warned him. He wrote, “U gotta crib now bro … just enjoy ur life .. grow ur business … positivity from now on .. but if e set we gallant that one nah 100 …. u have now but remember when u didn’t have … love u” 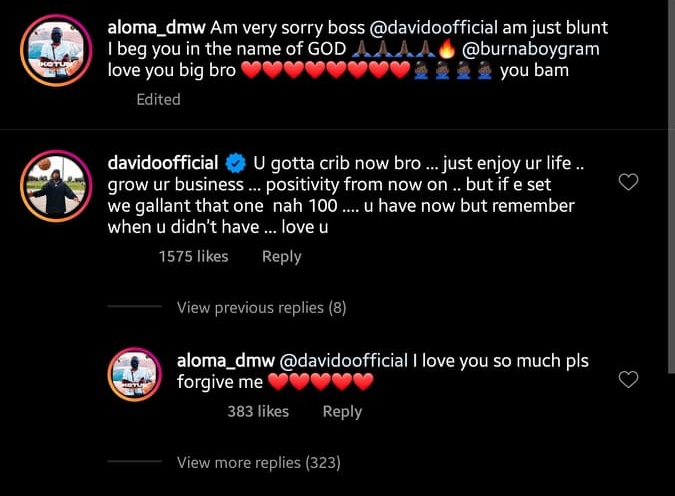