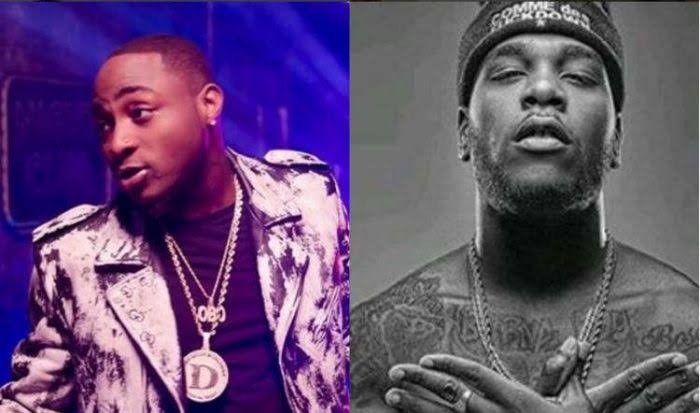 In the last 24 hours Nigerian artistes Burna Boy and Davido have been trending and it is quite a controversial topic.

Burna Boy, who at some point had stated he would be leaving Twitter finally stayed back on the platform.

However, Nigeria Twitter didn’t take it likely with Burna Boy as they come for after he shaded Davido on Instagram.

The clash started when Davido posted a picture of him and Wizkid and captioned it “2 Greatest of all time, no cap.”

The 2 greatest of all time ! No 🧢 pic.twitter.com/W4GRMQ9yYJ

The statement didn’t go down well with Burna Boy as he started to throw shade on Instagram obviously at Davido.

Burna Boy used a Football analogy where he insinuated that the “IF” crooner isn’t talented and bought the music industry with his rich father’s money.

See Nigerians reaction as it shows majority are supporting OBO;

If Burna had won that Grammy, he would've declared himself greater than Michael Jackson.

If I’m rich & my son wants to play ball with no talent. I will buy a club &pay Jose to drill him to stardom. Acquired talent. But he may still not make it if he doesn’t work hard. Leveraging privilege isn’t a crime. Even Burna leverages his grandfather’s history as Fela’s manager

I know we all are scared to say it but I'll say it. Chioma Jesus has more hits than Burna Boy.

That Song is bigger than all Burna's songs.

Nigerians are doing Burna boy dirty what! 😂
20v20 between Davido and Burna boy and Davido is winning all the 20 with huge gaps

Burna is proud no cap but some of you saying he doesn’t have bare hits ,that’s a whole lotta cap.

Burna Boy should hold a concert on the same day with Davido, I want to check something 😂

Guess who was a video vixen in Damiduro video?? 😂😂😂 BURNA DAVIDO pic.twitter.com/zOFaqRxsU0