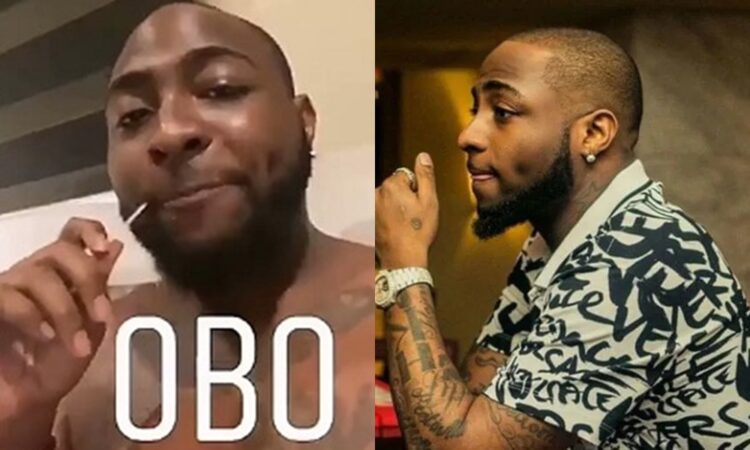 Popular Nigerian Songwriter and singer, David Adeleke, better known as Davido, has told his fans that he prefers to be called ‘OBO’, and not ODOGWU.

In a recent video from Davido, he is seen telling his fans not to address him with any name related to Burna Boy. He stated that only wants to be called OBO because that’s the only name he enjoys being called.

This comes after the singer shared a video of his fans chanting ‘Odogwu’ (Great Man) at him.

The name “Odogwu” came about when popular Nigerian artist Burna Boy released a song titled “Odogwu”. After the release of the track, he adopted the name and was since referred to as Odogwu.

In a follow-up post, Davido clearly stated that he doesn’t want to the title and he would rather stick to his nickname, ‘OBO’ (Omo Baba Olowo which means Son of a Rich Man).

Few Minutes When Some People Were Calling @davido ODOGWU ORIADÈ Said He Wants It As OBO As It Has Always Been.