Ugochi Ekenta, ex-girlfriend of former BBNaija housemate, Gedoni Ekpata has finally forgiven and released the BBNaija star for dumping her after making it into the last BBNaija edition.

Ugochi who is a banker in one of Nigeria’s renowned banks, took to Nathaniel Bassey’s Instalive Halleluyah Challenge, to declare that she has set him free.

“I release and forgive you Gedoni Ekpata. Psalm 64. My prayer for the plans of the Amefule’s and Gedoni Ekpata” She wrote during the live prayer session. 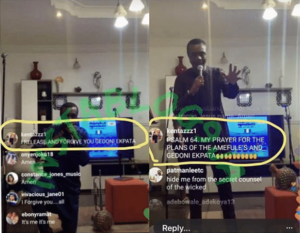 According to reports from different quarters, Gedoni and Ugochi were lovers before he went for BBNaija, she also even spent money for his votes despite him denying her on live TV. Few days after he was evicted, a video of him and the lady having fun in a club made the rounds but that was the one time they were spotted together till he got engaged to Kareem Khafi. 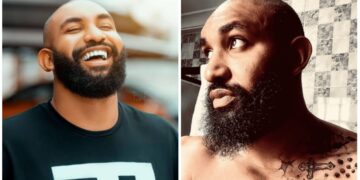