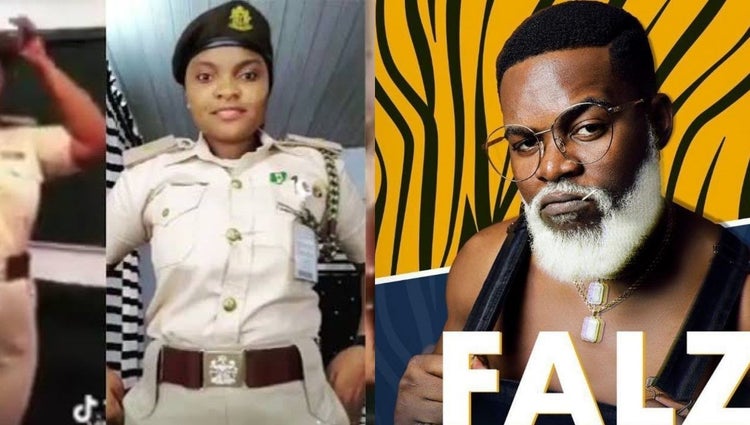 The Nigerian Immigration Service has released a statement confirming the suspension of disciplinary actions against its officers who participated in singer Falz ‘Bop’ social media challenged.

This was after the singer himself wrote the service over the purported saction.

‘He has impressed me and i will vote for him’…

The attention of the Comptroller General Muhammad Babandede MFR has been drawn to some trending matters on some social media platforms regarding the deployment of some of our Personnel to some Formations across the country.

2. It is important to note that staff

deployment remains a vital practice of regimented organizations such as ours and should be seen as such. As an agency, we maintain zero tolerance to any matters bordering on offences against discipline among members of our workforce irrespective of gender.

3. We have high premium for staff development and indeed encourage personal efforts but that must be within the confines of our rules and regulations.

4. The matter involving the Personnel in question is still being investigated and therefore,the Comptroller General has directed

4. that the earlier Posting Order be put on hold pending the conclusion of the investigation.

Ghanaian nurse declared wanted for twerking in her uniform (Video)

‘I went, I fought and I conquered’, Newly discharged COVID-19 patient shares her experience