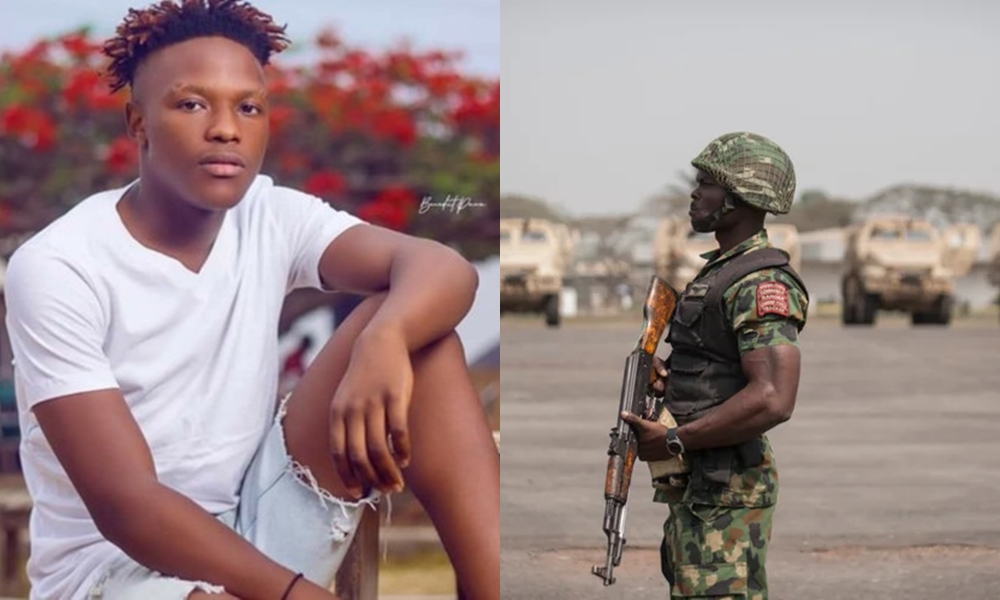 An undergraduate student of the University of Jos has reportedly been killed by soldiers.

According to reports, Rinji was arrested with 7 other boys by vigilantes breaking the lockdown order and handed to the soldiers later transferred to the Army Sector 1 at the new Zaria Road stadium where they later found out they were innocent but he was shot dead on his release.

Drama as Police officers beat up soldier for refusing to…

SOLDIERS ALLEGEDLY KILL YOUTH in JOS PLATEAU Rinji Peter Bala aka Bobo was out around his house with friends when security operatives arrested them thinking they were thieves upon release later shot & killed 20year old Rinji.

AT the family house we learnt that the youths numbered 7 were apprehended by vigilantes breaking the lockdown order around 7pm at hwolshe area overhead bridge and where handed to the soldiers around 18th street Lounge and later transferred to the Army Sector 1 at the new Zaria Road stadium.

Describing the incident one of the 7 boys(names withheld) said that after thorough investigation and torture they were found innocent and told to run away. He said as they ran out of the Army Sector 1 as been instructed they were shot at, the deceased was shot dead and they all had to keep running after which they noticed the absence of Rinji.

The father who later got reports of the arrests went on to the Army sector only to be told that the boys had already been released as they were not criminals but on getting home, he was told by the other boys that his son fell after he was shot at, the father then had to go back. The father later saw the boy lying lifeless on the road close to the Army sector at Zaria Road.

The family is yet to issue a statement on the incident as they have been in continuous mourning. As at the time of filling this report the remaining 6 boys have been taken to the state Police A-Division to for a report after which an investigation will commence.

Cute picture of TeddyA and Bambam’s daughter, Zendaya surfaces on the internet