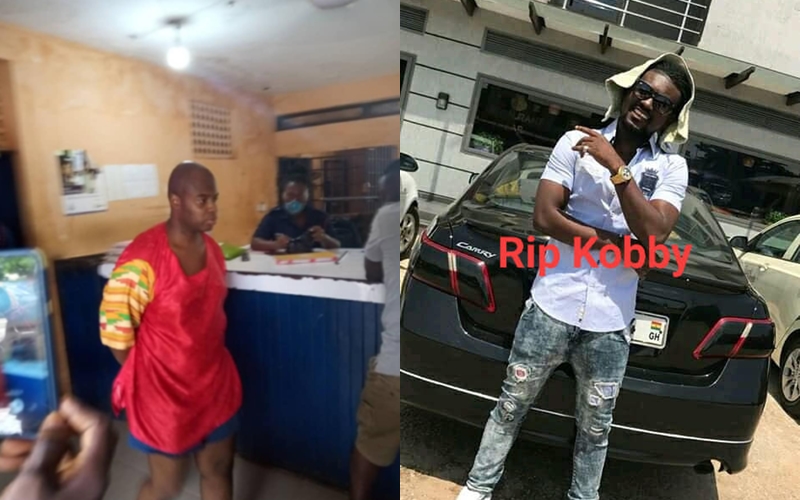 A Ghanaian man believed to be a musician has been shot and killed in broad daylight by his landlord in Accra for refusing to vacate his house.

A Facebook user, Blessing Naana Ansah-Senkyire took to her page to share photos of the arrested suspect at the police station.

Rich landlord caught having s*x with a boy in Lagos, paraded…

She revealed that the landlord who was angry that her brother, Kobby didn’t finish packing on the day he was asked to vacate the property, took a gun and shot him while still in his room. Kobby reportedly died instantly.

Yesterday this man shot and killed my brother at ofankor. Mr landlord who is a disappointed bugar, you won’t go free. No one will bail you out for taking a life..

He was asked to vacate his room yesterday but couldn’t finished packing so he wanted to live today and the landlord got angry pick a gun at him why he still in his room.. Then he shot him 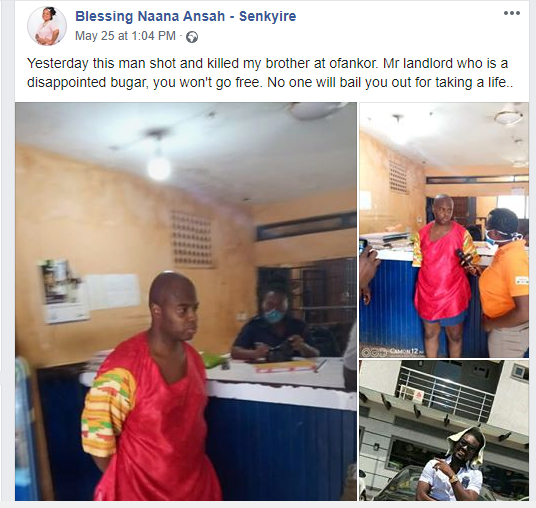 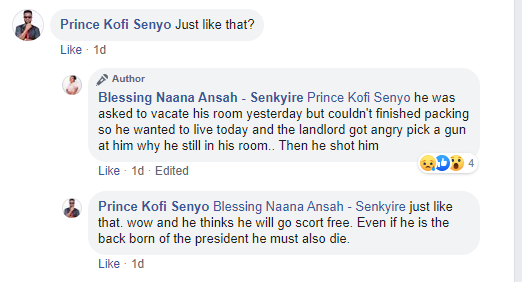 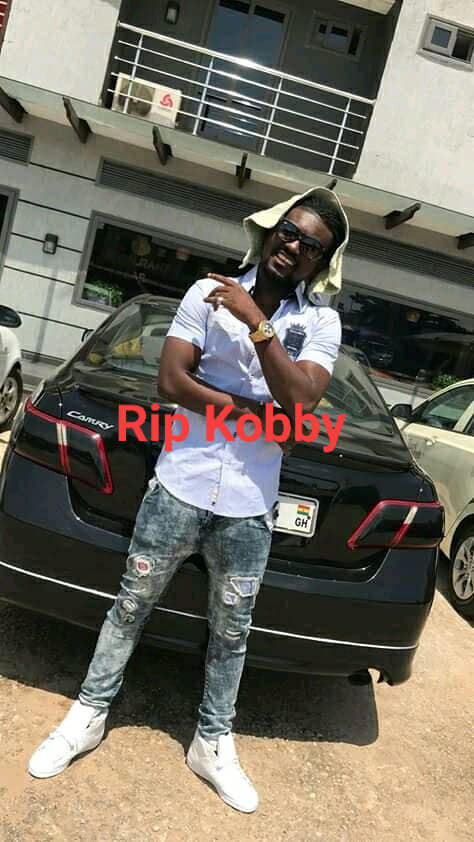 Blessing Naana Ansah-Senkyire also shared a copy of the tenancy agreement which showed that her brother’s rent expired on the day he was shot.

This is the proof that my brother rent expired this month 24th may 2020. The murderer was only a witnessed and son to the landlord who is the mother.. Then on 25th he shot him dead. How on earth can human be this wicked?… .. The mother claimed the son cannot Be in jail. But we live to see.
Now he’s been taken to prison for two weeks before the case shall be heard 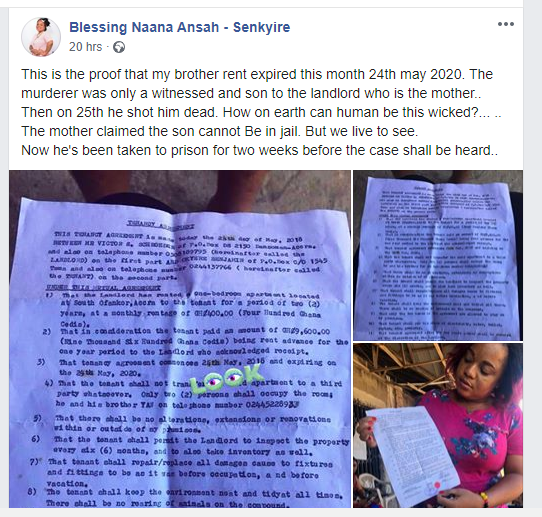 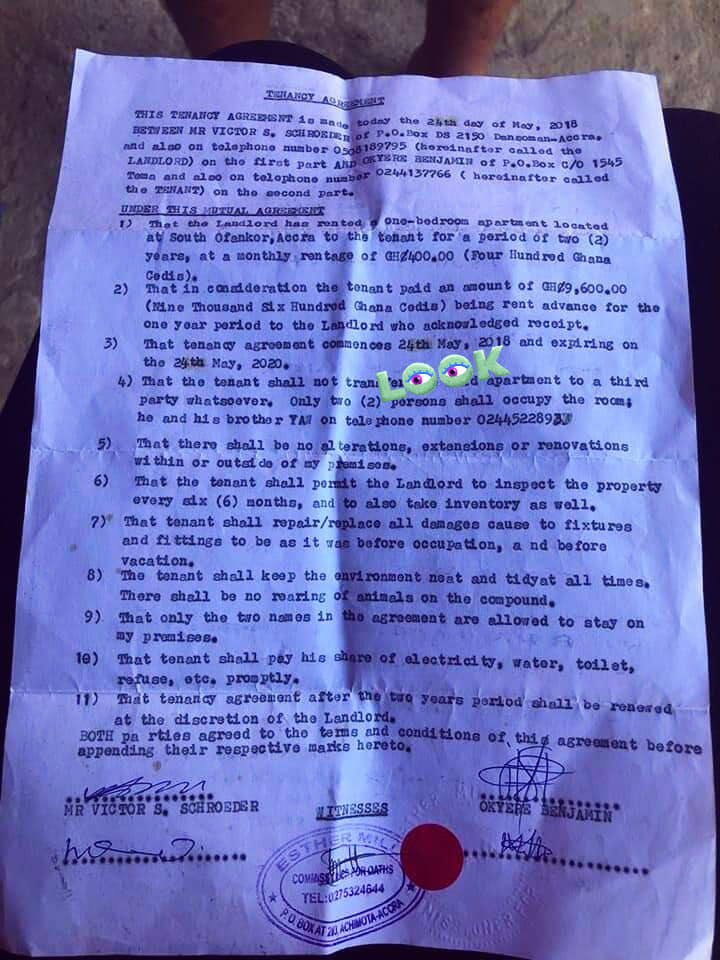 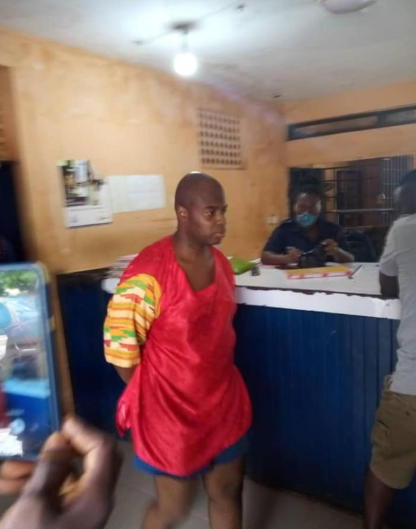