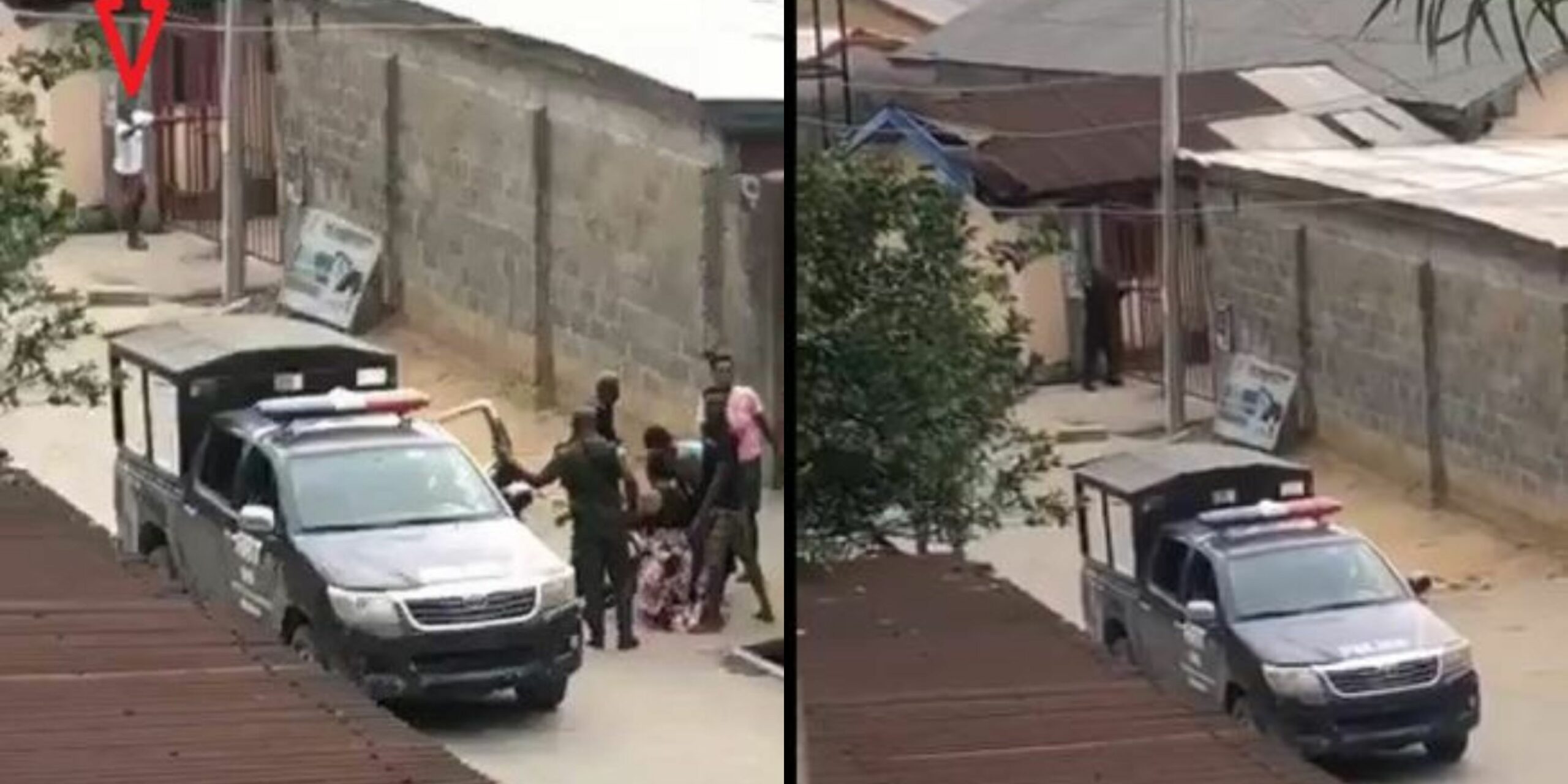 A Nigerian Police officer in a video being circulated on social media, aiming and shooting at a man who was protesting the assault of his neighbour by a team of police.

In the video shared, the police officer who was with a patrol team corked his gun at a man who stood in front of his gate, speaking up against how his neighbour was being assaulted by the team.

Immediately the gun was corked, the man ran into his gate, only for the Police officer to run to the gate, aiming and shooting at the man. He fired at least one shot, unknown to his that someone was recording the incident.

The incident is said to have occurred in PortHarcourt, Rivers State.

We are unable to confirm whether the man was hit by the bullet or not.