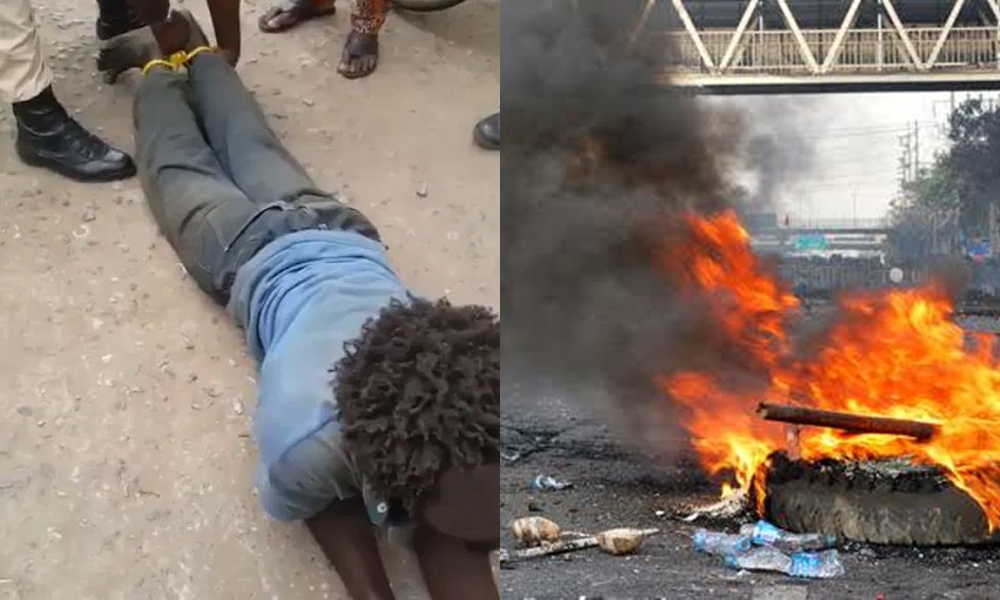 The incident reportedly occurred around 9:30 am at Asa Village in Ojaodan, a Lagos border community.

It was gathered that Adeola used a cutlass to matchet the kids aged between two and five years.

It was learned the kids were playing when the madman suddenly got hold of a cutlass and started matching them.

By the time villagers knew what was happening, the kids were lying lifeless on the ground.

It was gathered the sight of the lifeless children provoked villagers who grabbed the madman, lynched and set him ablaze.

He added the family forcefully collected the bodies for burial despite police advice that autopsy be conducted.