Nigerian lady who loaned boyfriend ₦300,000 fights him in public for spending it on other girls (Video) 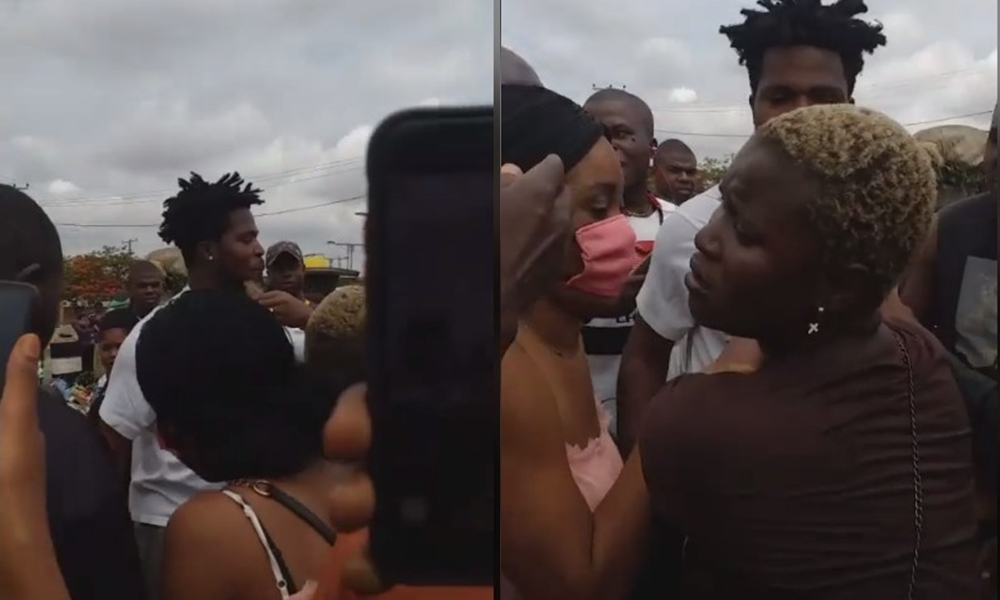 A lady recently got into a serious fight with her boyfriend in Makurdi, after he allegedly duped her of N300,000.

According to reports flying around, the lady borrowed him N300,000 only to find out that he spent the money flexing with other girls in the hood.

The angry lady accosted him on the road over the money and they both ended up exchanging insults and blows.

A video that is going viral captured the moment the lady told her boyfriend to either give her back her money or kill her.

“Either you give me my money or you kill me today”, the lady said.

In other news, A Nigerian lady has gone viral after she put a call through to Nigerian comedian and actor, Chief Obi during one of his #KeepingASecretWithChiefObi live sessions on Instagram and revealed the really bizarre thing she did.

According to this lady, she discovered her boyfriend was cheating on her, and to take revenge, she decided to cheat back on him with one of his close friends but she didn’t end her revenge there… which brings us to the nasty and sickening part.