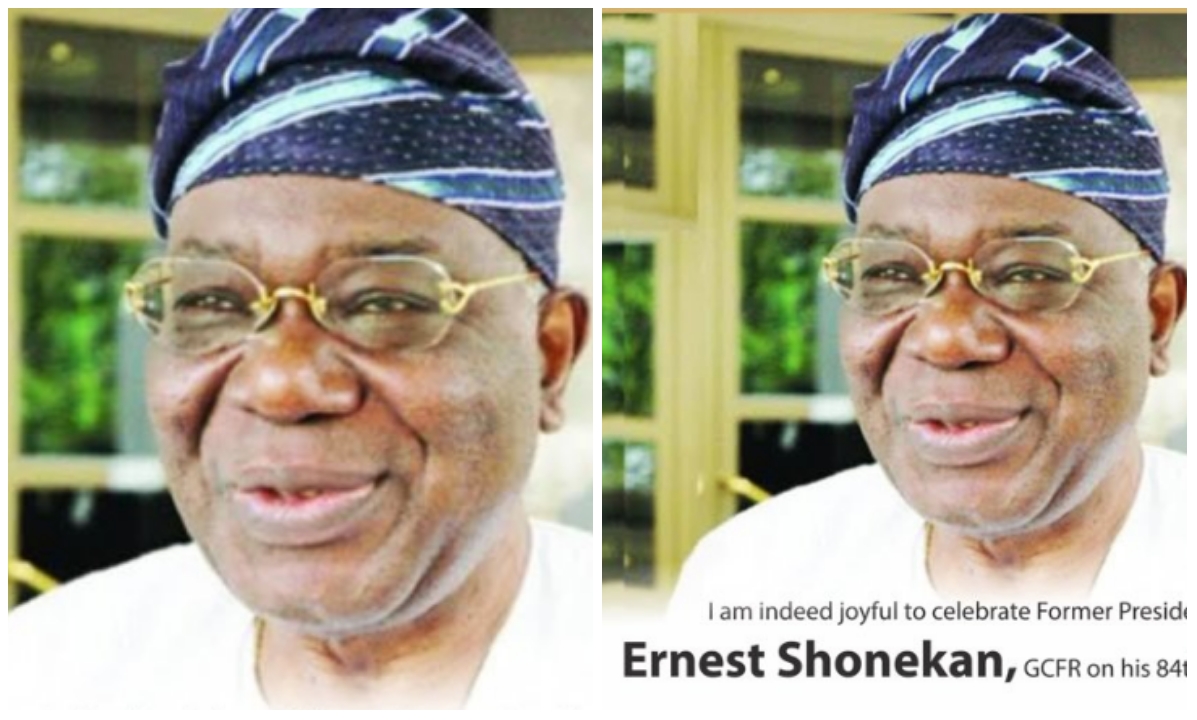 Gov. Dapo Abiodun in his statement said “I am indeed joyful to celebrate Former President Ernest Shonekan, GCFR on his 84th birthday.”

Read Also: Ogun extends lockdown by another one week

The Ogun state governor went ahead to describe Shonekan as a father, role model and elder statesman who has never left governance to the Government.

He added that Ogun State is very proud to have a man like Shonekan who is a legacy of focus on people-oriented goals.

“I join all Ogun State people to wish you a Happy Birthday today, and my heart prays for you that you will live longer in sound health,” Gov. Abiodun said.

Ernest Shonekan was born on the 9th of May 1936. He is a Nigerian statesman, nobleman, lawyer and businessman who was appointed the interim President of Nigeria by General Ibrahim Babangida on 26 August 1993.