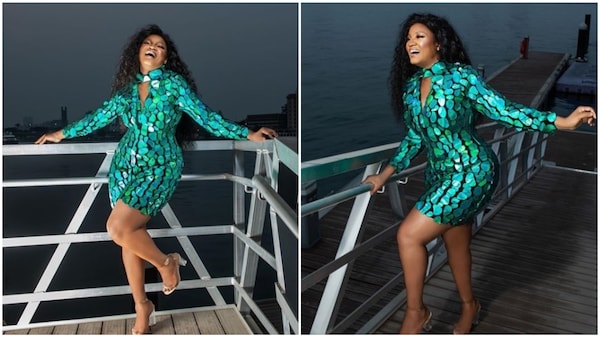 Omotola Jalade in a statement on Sunday on social media revealed that she recently clocked 25 years in the industry.

The screen diva took to her Instagram page, with a sexy wear to celebrate the latest achievement

Many Nollywood stars have Corona Virus, go for test –…

Na man you be – Omotola Ekehinde applauds husband for…

Omotola Jalade has appeared in more than 300 films, selling millions of video copies.

She is the first African celebrity to receive over 1 million likes on her Facebook page. She currently has a total of 3 million followers on Facebook. according to Wikipedia.

Her debut movie in 1995 was ‘Venom of Justice,’ directed by Reginald Ebere.

There‘s nothing like ancestral or generational curses – Reno Omokri