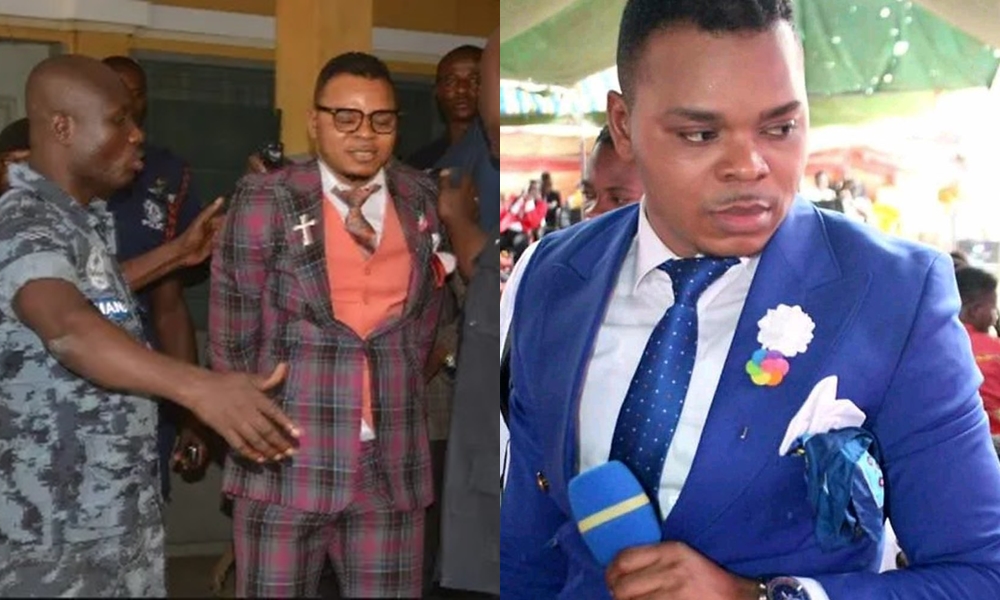 Controversial Ghanaian cleric, Daniel Obinim has been arrested by the police.

Obinim, who is the founder and leader of International Godsway Church, has reportedly been on the wanted list of the police for a while now but has been trying to evade arrest.

However, He was finally arrested in his church on Thursday May 14, after the police received information that he was having a counseling session at the church.

Obinim upon inspecting the arrest warrant, reportedly told the police he needed a moment to change his cloth before leaving for the police station.

He came out few minutes later and claimed he couldn’t walk.

The police determined to effect the arrest took Obinim to a private hospital in East Legon, and placed policemen by his side.

‘Bringing a baby into the world without a marriage is wicked’, Reno Omokri tells Nigerian women