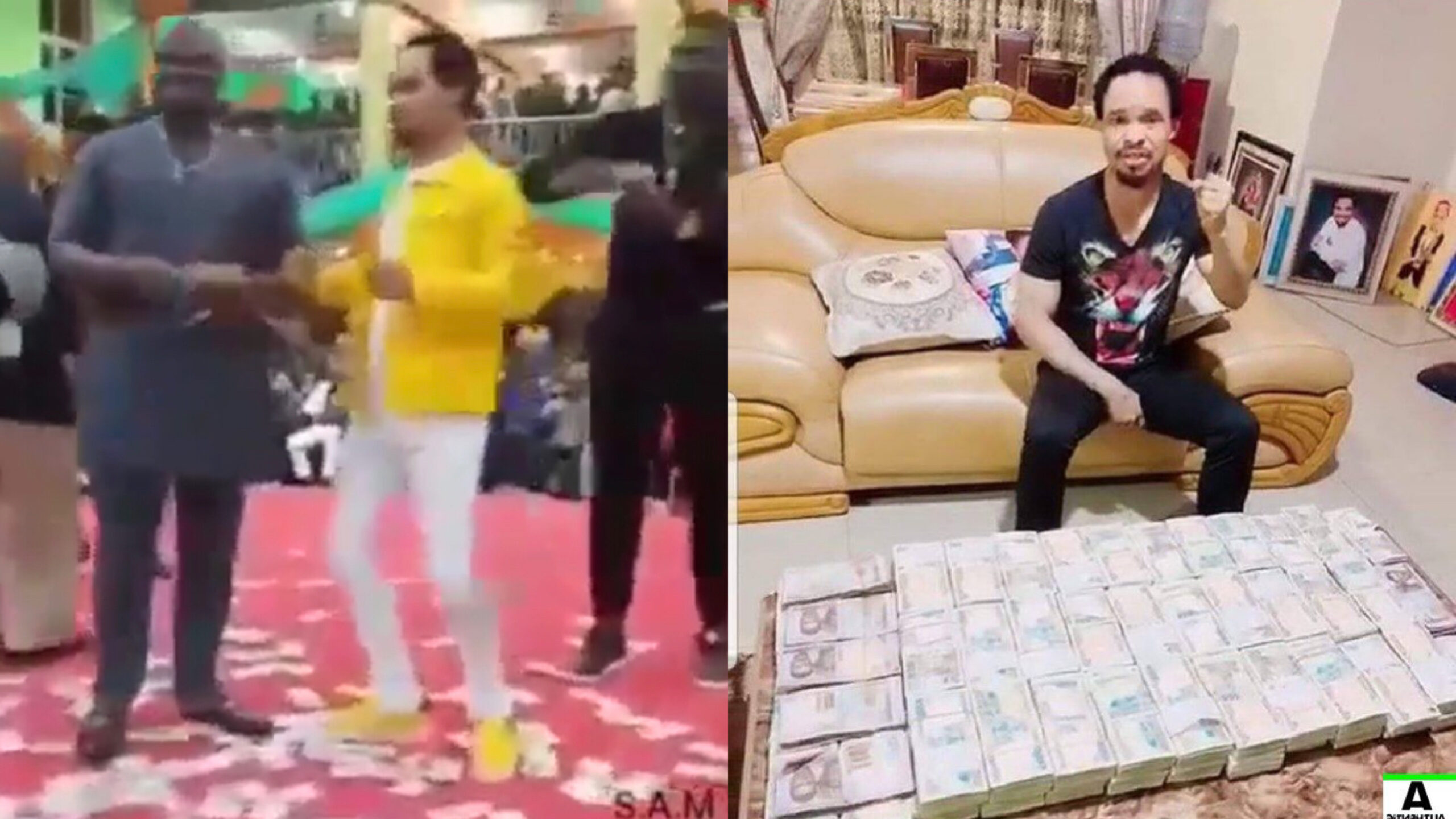 The Popular Anambra Prophet Chukwuemeka Ohanemere aka Odumeje is in recent trouble as he is been reported to the Buhari Government for Immediate Arrest.

Human Rights Writers Association of Nigeria, HURIWA, has asked the Governor, Central Bank of Nigeria, Godwin Emefiele to order the arrest of the controversial prophet who is based in Onitsha, Anambra state.
The Prophet who is popularly known on social media as “Indaboski, Liquid Metals, The Lion himself “and others has been accused by the HURIWA of serial abuses of the Nigerian Naira and other currencies during his public ceremonies at his location in Onitsha.

HURIWA expressed that despite the utter disrespect and outright abuse of the Nigerian Naira and other currencies during religious gatherings which are usually transmitted live globally and clips of them  saturates all social media platforms and watched by millions of viewers, the CBN has failed to take concrete and verifiable steps to arrest and prosecute the prophet.
The rights group said it has resolved to write officially to the Honourable Minister of Finance, the Governor of the Central Bank of Nigeria and President Muhammadu Buhari to implore them to stand up and defend the Naira.

Huriwa has asked the authorities to stop the global defacing of the Naira which is often telecast globally, showing the acclaimed prophet throwing the Naira and other currencies on the floor of his Worship centre.