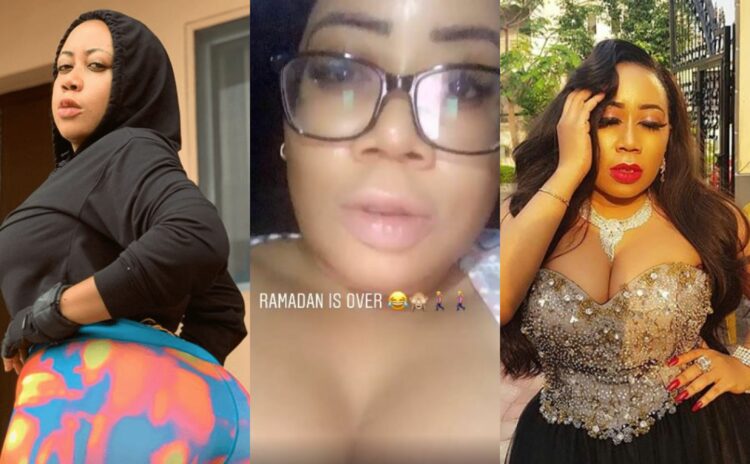 Nollywood actress, Moyo Lawal is one of the few Muslim faithfuls that are glad the Ramadan season is over in order to return to their regular daily activities. The curvaceous actress on Saturday shared a video of herself bearing her cleavage.

Taking to her Insta story, Moyo who has been upright and steadfast the fast few weeks due to the Holy month has shared a cleavage-bearing, alluring video with the caption ‘Ramadan is over’

Lots of people are convinced that Moyo Lawal’s beauty and assets are not natural and she had plastic surgery. Except that, she is often criticized for being too confident about her body and showing it off publicly by sharing quite revealing photos. 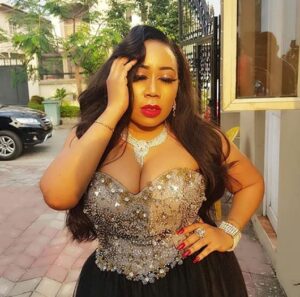 However, the rumors about surgery were never confirmed by Moyo herself and did not have any official proofs. She even denied some of them on social media. Besides, many fans love and admire her for being fearless and always ready to stand for herself, and are amazed by her body confidence. This is inspiring to lots of people who are interested in celebrity life, especially those who have hard time believing in themselves.