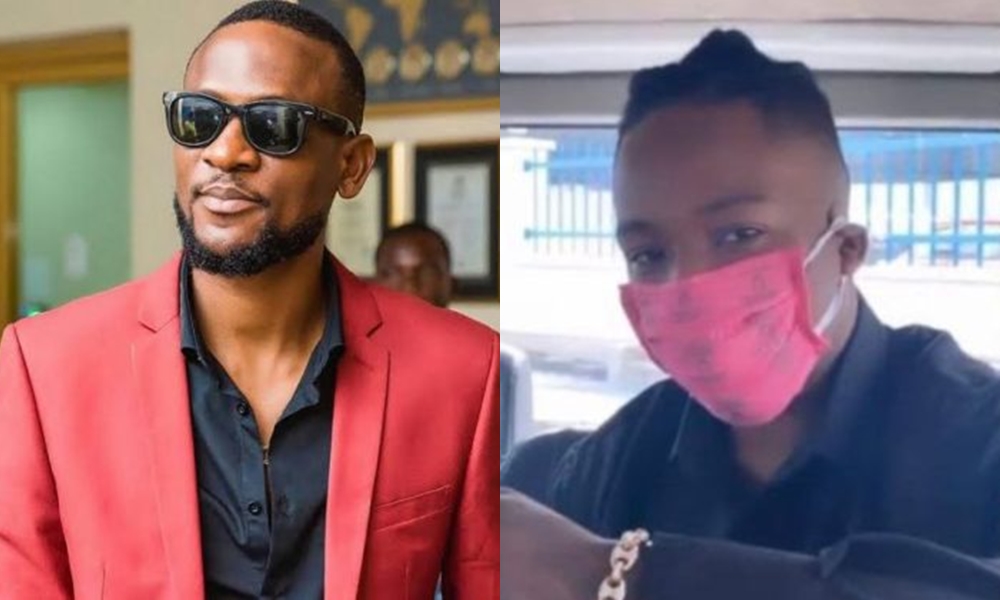 Big Brother Naija 2019 housemate, Omashola has trolled his colleague and friend, Ike Onyema after he claimed a nose mask he put on resembles a sanitary pad.

Following the Covid-19 lockdown ease, Ike, Shola and other colleagues were spotted in a car heading to an undisclosed location.

BBNaija’s Omashola is not ashamed of living a fake…

Omashola then made a video which showed the unique facemask his colleague, Ike had worn on his face.

In the video which Omashola shared on his IG story, he could be heard mocking Ike’s facemask, attributing its looks to that of a sanitary pad which he alleged Ike stole from his girlfriend, Mercy Eke.

“Let’s be honest, don’t Ike’s facemask look like sanitary pad? *laughs… It’s like he used all these sanitary pads, cos of Coronavirus. My nigga, get a new mask, your girlfriend (i.e. Mercy) is looking for her pad…”