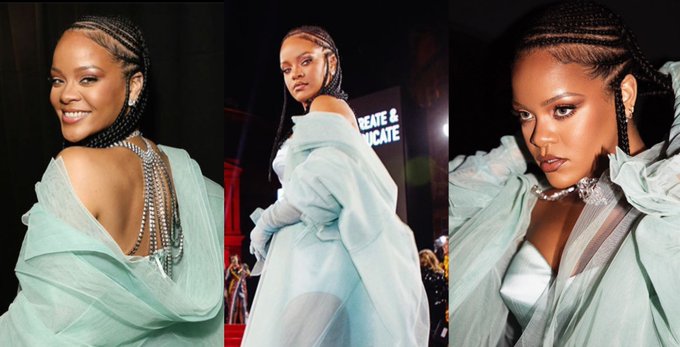 According to the annual rich list published by the Sunday Times, the recent publication of the richest musicians residing in the United Kingdom have come as a surprise with an unexpected addition.

Barbadian native, Rihanna, making the list comes as a big surprise. This is because Rihanna, who now lives in London, moved in only some months ago.

Rihanna living in London means she qualifies to be listed on the list.

Experts also suggested that the ‘Umbrella’ singer could be on the path to become the first female billionaire artiste in the UK, if she decides to remain in the capital.

Rihanna, who is estimated to worth £468m was ranked third on the list.

Although she is 3rd on the list with Sir Andrew Lloyd Webber and Sir Paul McCartney, who both have individual net worth of £800m coming first, she is the only female solo artiste who made it to the top 20.

Rihanna’s wealth is attributed to Fenty Cosmetics valued at $3bn, her history-making partnership with LVMH to launch the clothing line arm of her business, her Savage X Fenty lingerie line and her back catalogue of eight hit albums.