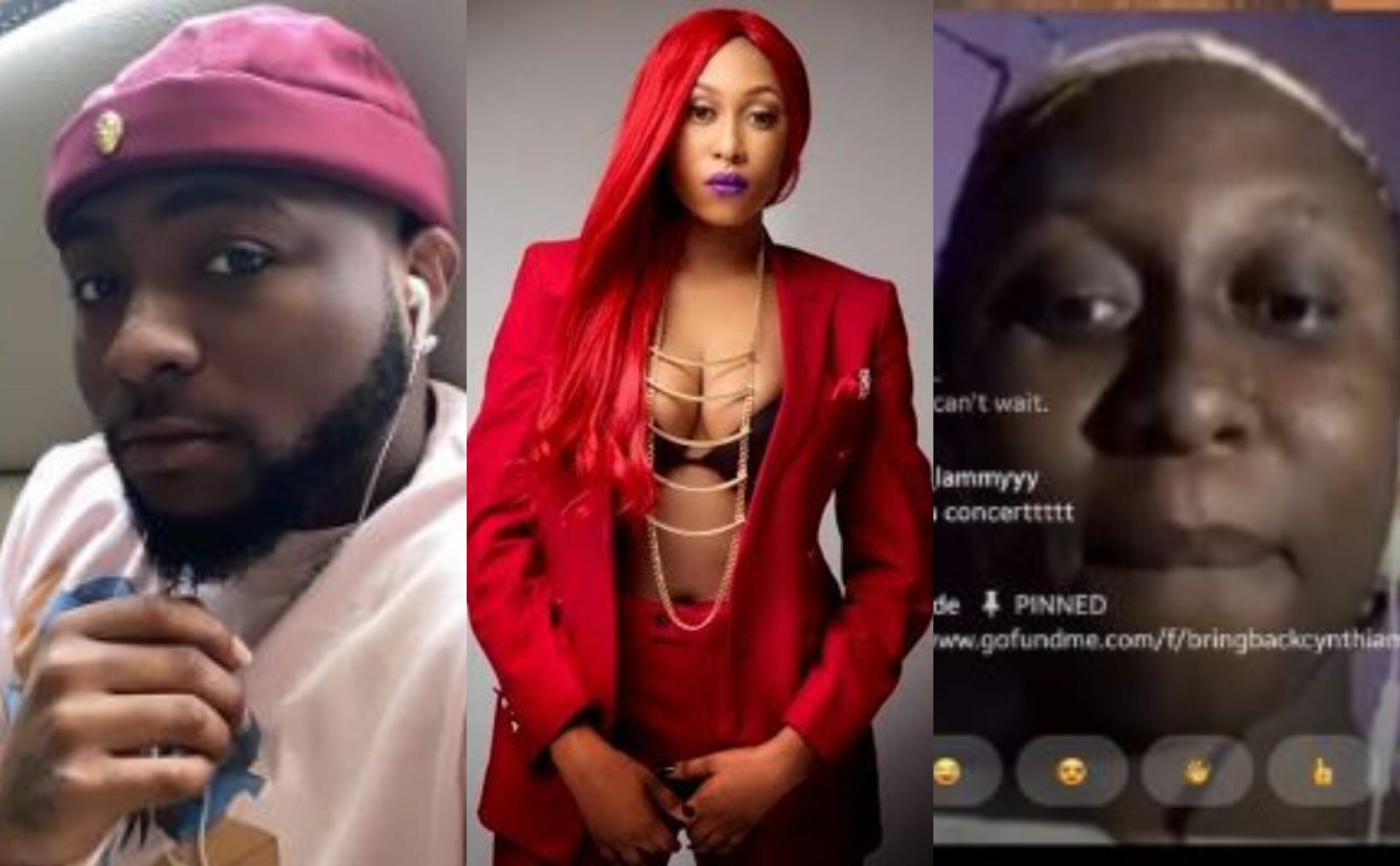 Earlier today, embattled Nigerian rapper Cynthia Morgan became the number one trending topic on social media after she disclosed how she went into depression caused by issues she had with the CEO of her former record label ‘Northside Records’, Jude Okoye. Catch up here and here). 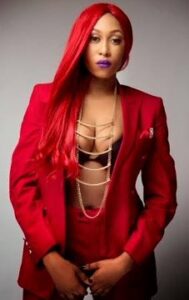 Touched by her ordeal, her fans have set up a GoFundMe account with the hashtag #BringBackCynthinaMorgan.

In another tweet, he said: Tell Cynthia I got an anthem for her …. I’ll record my verse now

The pair may have had their differences in the past, but that won’t stop Davido extending his influence and resources in seeing Cynthia’s career on the right track again. 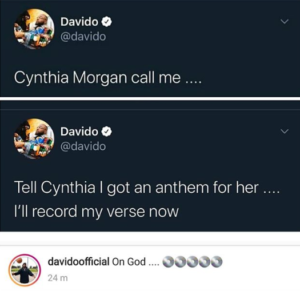