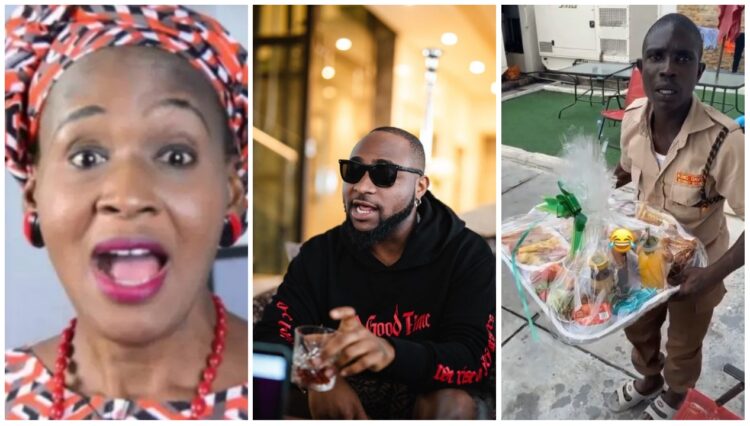 Media personnel and controversial journalist, Kemi Olunloyo has taken a swipe at Davido once again.

This time around Kemi Olunloyo reacted to a video of Davido feeding his gateman with a tray of food.

See the video below,

“Haaaa! baba,” Davido nearly tears the mouth of his gate man with an unexpected gift, this hot Monday afternoon pic.twitter.com/6K9z52klfe

However, Kemi in her statement stressed that the food Davido served to the gateman was a leftover.

She went on to tell Davido that whenever he is done eating at Eko hotel, he should tell them to package his tray of crumbs properly.

Kemi Olunloyo wrote on social media, “Just watched a Davido video serving a gateman left over hotel food. Pls when you finish eating at Eko hotel tell them to package your tray of crumbs properly. You shouldn’t have transferred that food to him and even videotape that shit. Go feed your starving fans #Kemitalks” 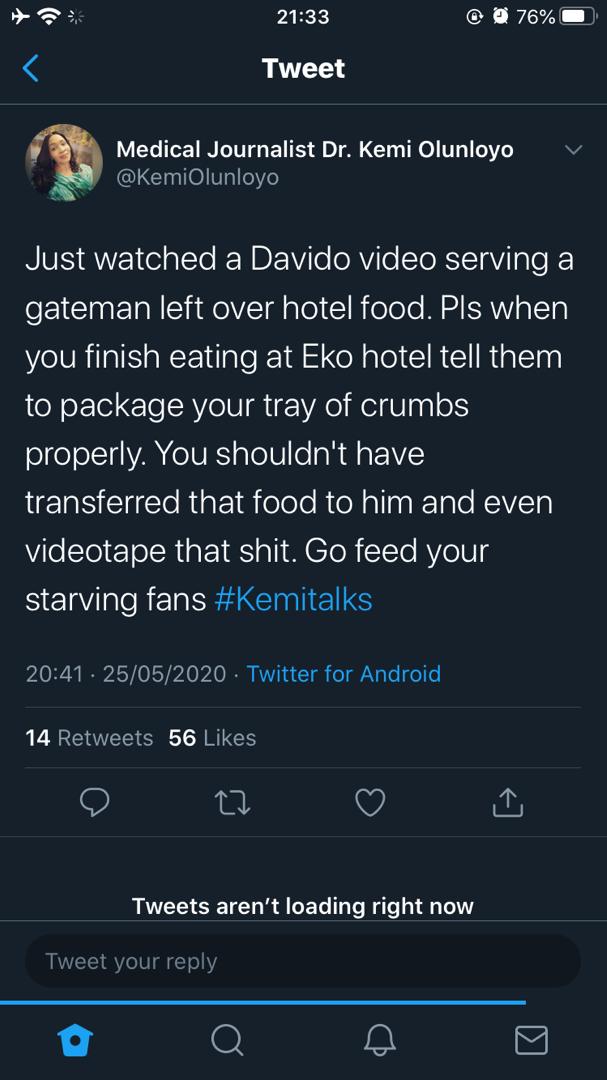