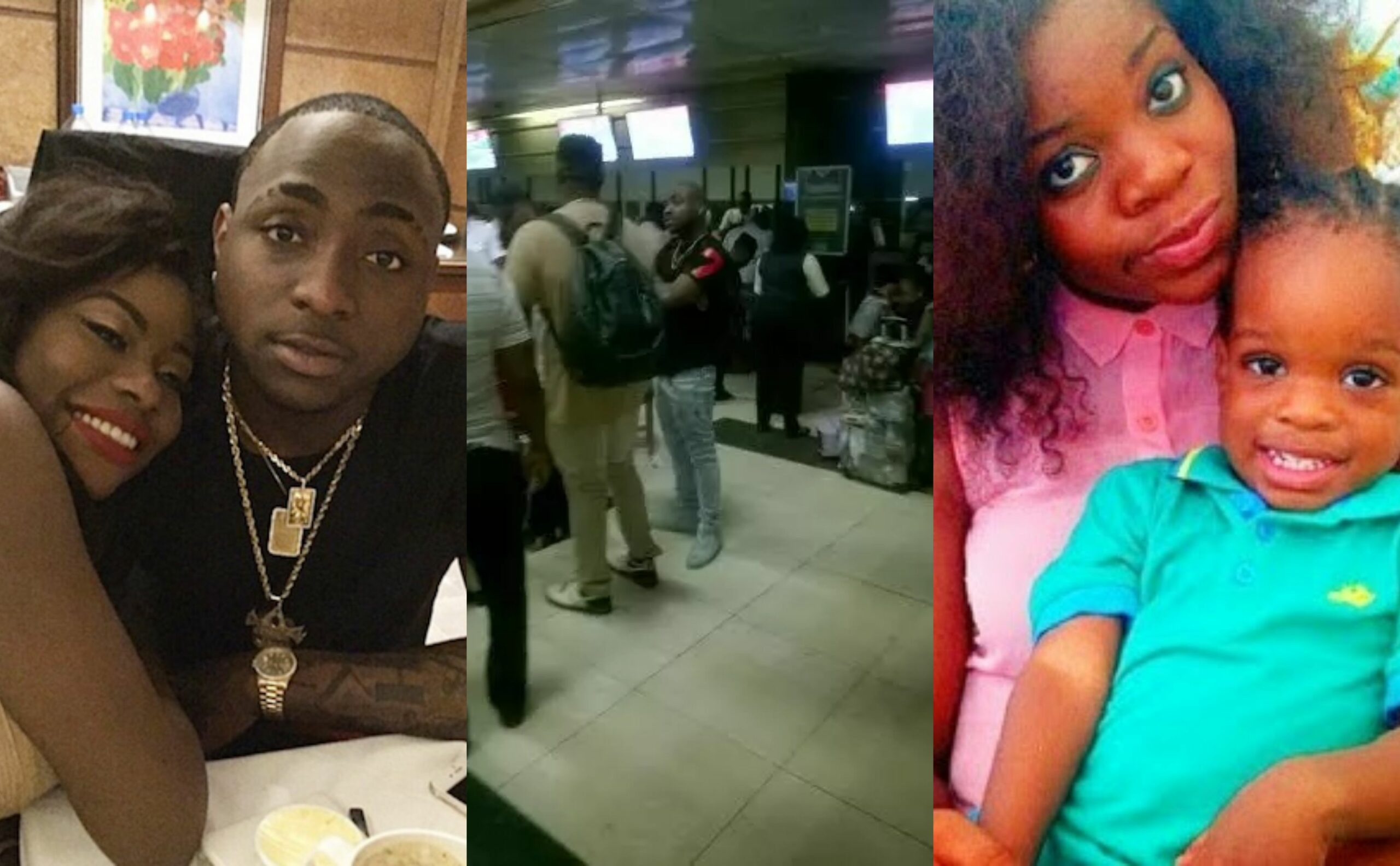 2010-2015 was the golden era for drama in the Nigerian entertainment industry. The new boys in the industry were just hatching to become men that they’re right now and of course, fame isn’t as easy to handle as we see from the outside.

Controversies trailed singers like Davido, Wizkid, Banky W, Dbanj, and an umpteenth list of them but only a few were caught up in woman trouble. Baby mama saga was a fight that lingered on for a while and had a negative impact on the careers of singers involve.

TheInfoNg is handpicking two major Nigerian singers that were enmeshed in different baby mama dramas that shook the industry. Sola(the first baby mama to the pop star) was the first woman ever who gave birth to Wizkid’s son back in 2011. She was 19 when she had her son Boluwatife.

Things were not that smooth at the very beginning. At first, Wizkid even refused to accept the boy as his own and Sola needed to get a DNA test to prove that the boy is Wizkid son.

The fight between Wizkid’s and Sola’s families lasted for two years before the famous Starboy finally accepted the child. It’s very touching to see the man posting his love for the son on Twitter and taking him to concerts.

So we thought till Sola came back few years after with deadbeat allegations.

Just take a look at this sweet little boy! Ayodeji was born in 2016 by his mother Binta and the startling story repeated. The beautiful Guinean-American model Binta needed to make another DNA test to prove that Wizkid was the father of her baby.

She experienced a whole year of persecution and bullying started by Wizkid’s fans until he finally recognized the baby as his child.

This is arguably the biggest baby mama drama in Nigerian music scene. It all started when news broke that David had impregnated an Abuja based University dropout that later turned out to be Sophie Momodu, the niece of renowned journalist, Dele Momodu.

Davido and Sophie kicked off their affair around July 2014 after she was offered as the “soul-calmer” for the night during one of his trips to the prestigious Transcorp Hilton hotel, Abuja.

The relationship between Davido and Belladona as she is popularly known, we further obtained, started getting serious around early September 2014 even though his HKN gang never supported it. With the intervention of Sophies’s family and DNA test confirmation, Davido caved in to being a father at 22.

In an interview with Sun Newspapers, The crooner, in a statement, traced the genesis of his problem with Sophia to when she broke the news of her pregnancy to him.

Davido said he was bemused and confused to learn that Sophia was carrying his baby. But then, having realised that nothing could be done to alter his status as a father-to-be, he adjusted himself to the reality despite the fact that he was not ready to be a father.
In his words: “I made the determination that I was going to be a good dad. I also reasoned that my blunder was not enough pretext to make me a husband. I was just 21. And so, I decided to be a responsible dad without being husband to the mother of my baby. I never was in love with Sophia neither was marriage ever in the offing.
“Without knowing for sure that I was the real dad of the baby, I entrusted Sophia to the services of a private hospital for both pre-natal and post-natal medical cares. An apartment at Lekki was leased for two year and paid for by me. The burden of medical bills, feeding, transportation and sundry costs rested on my person. No family member of Sophia, including Uncle Dele Momodu, rose to help nor guide Sophia.”
As the owner of the Lekki property, Davido said he was generous enough and allowed Sophia to stay with him in the house because she claimed that she knew nobody in Lagos and that her father was dead while her mother was in Abuja.
“For real, Sophia was a drifter without a dime, education nor career. My compassion, ignorance, naivety and poor judgment had combined to make me a victim to a much older lady with super cunning sense that was mixed with a vicious and diabolical nature. I stand accused but calmly accepted my responsibility for the sad misadventure that caused me to be a seat-mate with Sophia on a plane that was flying nowhere.
“All along, I have only been generous with Sophia without knowing for sure I was the father to the baby she was carrying. On May 14, 2015, Sophia delivered her baby, named Imade. It was after Sophia had delivered the baby that DNA test confirmed that I was indeed the biological father of our child, named Imade,” he said.
According to the musician, once the DNA test confirmed that he was the father of the child, Sophia decided to show her true colour and started to apply maximum financial demands on him. “I bought all the baby things and fully furnished her apartment. Sophia knew well how to spend money and yet contributed zero to the vast expenses that I incurred. None in her family contributed even a fake coin to the cost of having Imade.
“Uncle Dele Momodu, now the pompous moralist, never visited Sophia or even delivered an ordinary greeting card to Imade or to her mum. Throughout the many months that Sophia stayed at my house when she claimed she has no family in Lagos, Uncle Dele Momodu and his bossy wife never showed up at my house to say hello to either of us.
“When the going was good, Sophia had told me plenty things about her uncle, Dele Momodu, that I need not repeat here. And she never invited me to go with her to visit him and I don’t have the knowledge that she ever visited him throughout the time she stayed in my house. She always explained that a visit to Uncle Dele was needless and unnecessary. Uncle Dele Momodu never liked, and still does not like Sophia. He is now just grandstanding because Sophia had a baby for a fairly prominent family and famous Davido.”
If the intervention of Dele Momodu had irked Davido, Momodu’s wife’s dabbling into the matter baffled him even more.