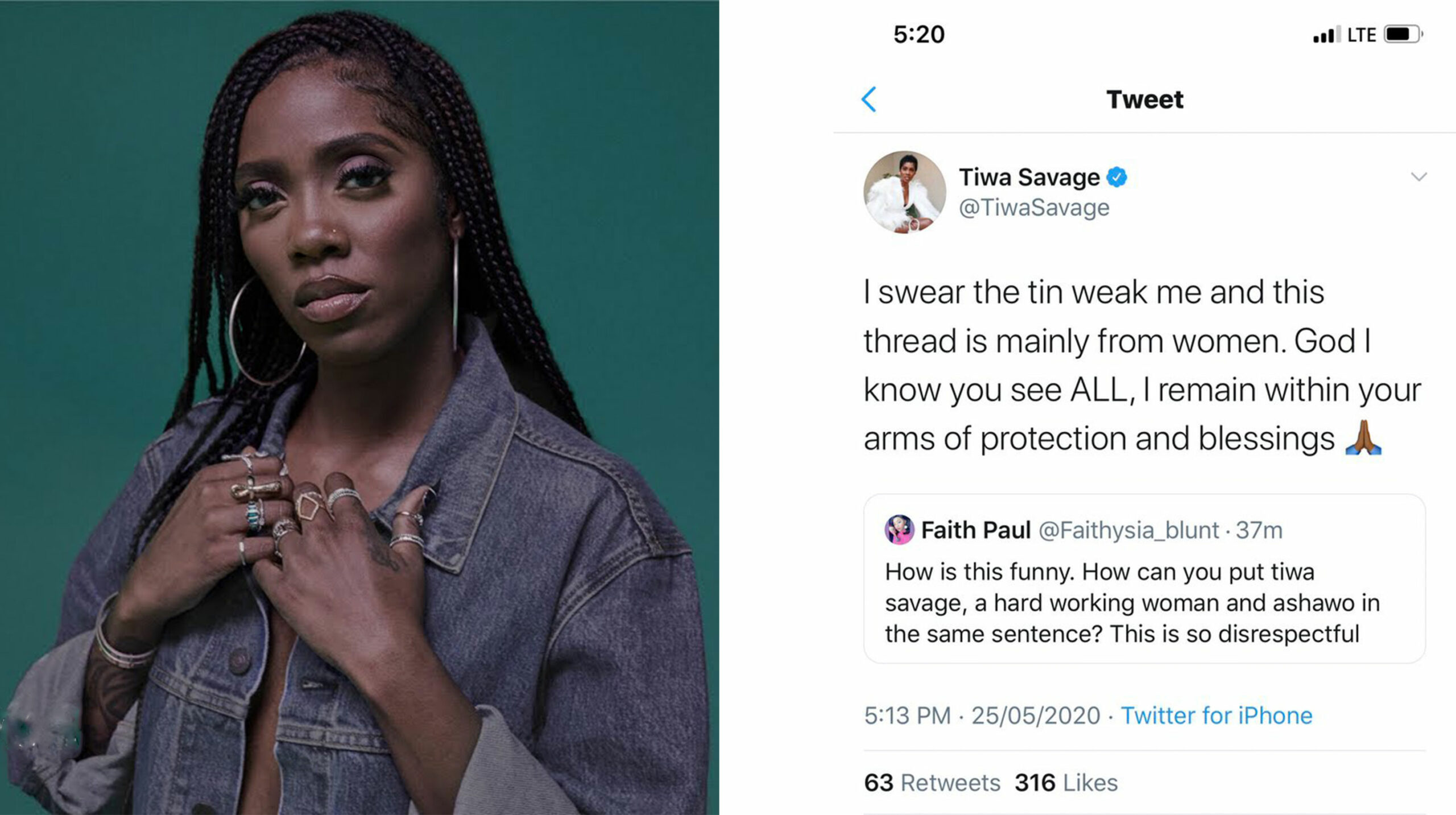 Reacting to a tweet which circulated recently concerning Tiwa Savage, The Nigeria Musician has reacted, and she is not at all pleased with the way her fellow Nigerian women seem to eagerly downgrade and pull her down.

Recently, a twitter user @its_thoyyn tweeted “Duduke is for people in good and healthy relationship… Ashawo relax Tiwa Savage will soon sing your own

” The tweet went viral almost immediately. The tweeter insinuated that Tiwa’s fan base is mostly “women of the night” while Simi, Tiwa’s colleague in the industry has more of “responsible women” following her.

Consequently, the tweet got to Tiwa Savage, a mother of one and she today has registered her displeasure with how Nigerian women treat her. Tiwa made her point while responding to one of her fans @Faithysia_blunt who came to her defense. The fan wrote “How is this funny? How can you put Tiwa Savage, a hard-working woman, and ashawo in the same sentence? This is so disrespectful”

“It’s always been like that, I doubt it will ever change. Maybe I for just jeje dey yankee dey sing my rnb because I see how hard the Rihanna navy, beehives, barbs protect their own.”

“I swear the tin weak me and this thread is mainly from women. God I know you see ALL, I remain within your arms of protection and blessings