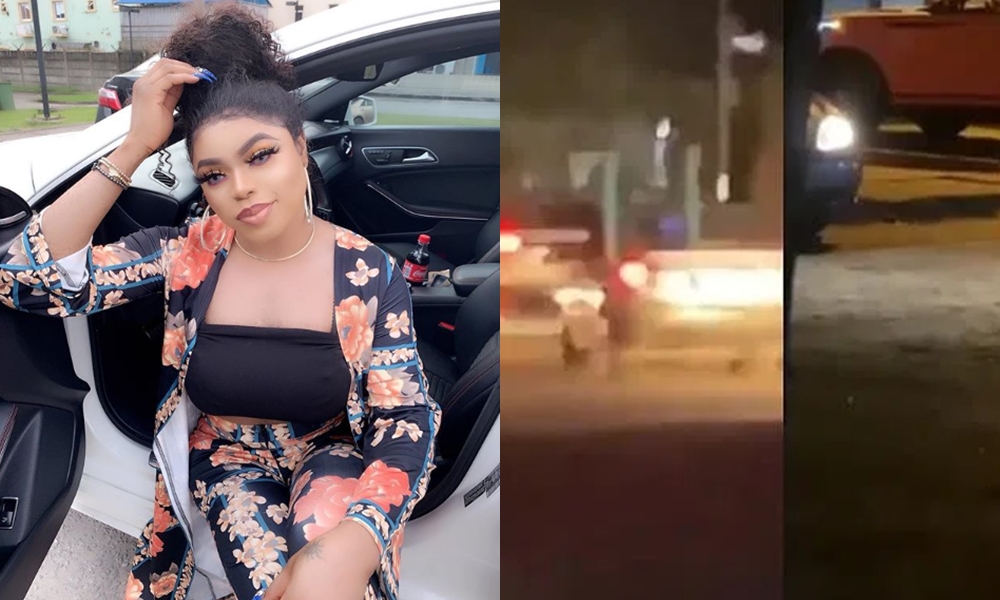 Controversial crossdresser Bobrisky has reportedly been arrested and is currently being detained at the Ajah area command in Lagos State.

In a new report by Media Gist blog, who shared videos of the incident, why the effeminate was arrested by the police is yet to be ascertained.

However, the blog noted that the crossdresser was spotted in his rangerover accompanied by police men. Their report reads,

“Bobrisky has been arrested again!!! Spotted at Lekki phase 1 in his range Rover accompanied by some police men. We are yet to know the reason behind his arrest but she has been detained at Ajah area command, Lagos State”.

If you recall Bobrisky was arrested sometime in March of this year, He was spotted cooling off in a police station in Lagos State, after he was picked up the previous night.

According to reports at the time, the arrest might have been connected to an eyelashes business deal he had with one Mrs. Rosemary, who dragged the cross-dresser to court, for allegedly not remitting the revenues generated from the joint venture.