We miss you – Lookalike son of late Pres. Umar Musa Yar’Adua says a prayer for his father 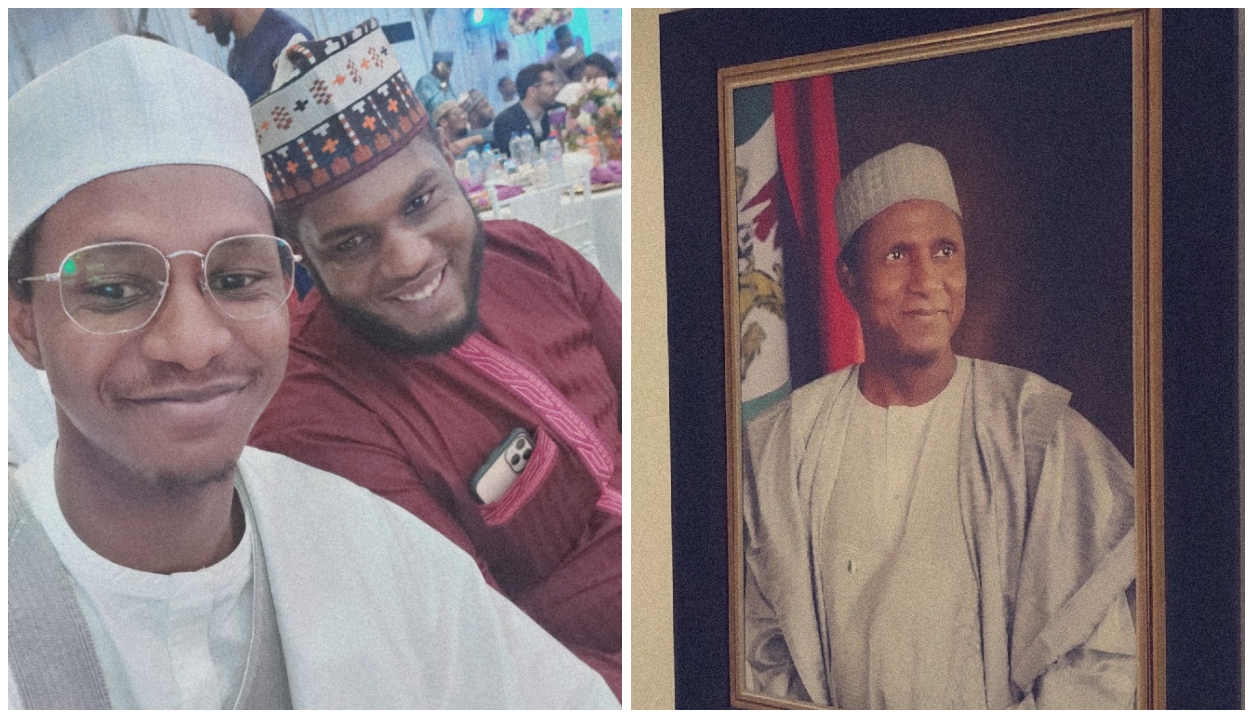 Musa Yar’Adua, a son of the late President Umar Musa Yar’Adua on Tuesday 5th of May made prayers for his late father.

Musa, who looked like the younger version of the late President stated that the family missed their father.

Read Also: Remembering late Pres. Umar Musa Yar’Adua: A President like no other who lived and died for the sake of his country

A prayer for my late father. We miss you: Rabbana-ghfir lana dhunuubana wa israfana fi amrina wa thabbit aqdamana wansurna ‘alal qawmil kafireen Our Lord! Not for naught Hast Thou created (all) this! Glory to Thee! Give us salvation from the penalty of the Fire [3:191]

Rabbana innana sami’na munadiyany-yunadi lil-imani an aminu bi Rabbikum fa’aamanna. Our Lord! Forgive us our sins, blot out from us our iniquities, and take to Thyself our souls in the company of the righteous [3:193]

Nigerian man shares procedures for homemade face mask after he was told it cost N1,200 to buy one (Video)