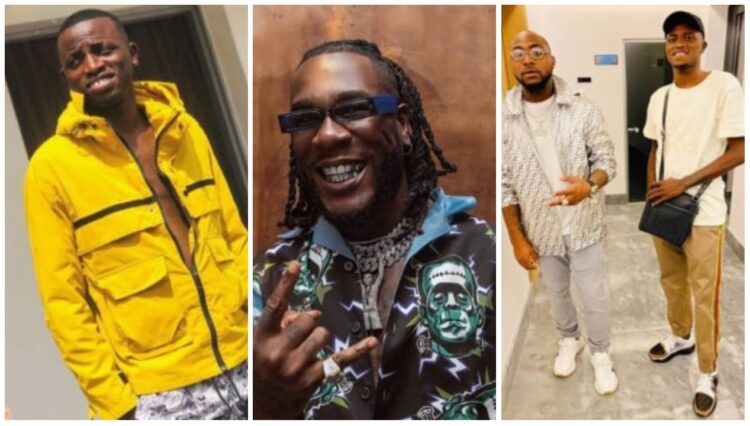 Recall that Davido and Burna Boy trended a few days ago as they cast shades at each other.

While many may think, the beef between the two artistes has ended, it, however, looks like it is just only starting.

This comes after Davido’s personal assistant, Aloma DMW, in a recent Instagram live session opened up on some interesting things about his work relationship with Davido.

Aloma during the session went on to blast Burna Boy over his hateful attitude towards his boss, Davido.

He also tagged Burna Boy as an ungrateful human, as he warned him to stop biting the finger that fed him.

The personal assistant to Davido went on to recount how his boss used his influence to make Burna Boy perform at an event after he was stopped from performing.

“You can’t succeed while hating on the finger that fed you”, Aloma said.

“Pull up if e sure for you,” Davido’s P.A, Aloma, again dares Burnaboy. #TheMatters pic.twitter.com/zZff0fpJKX