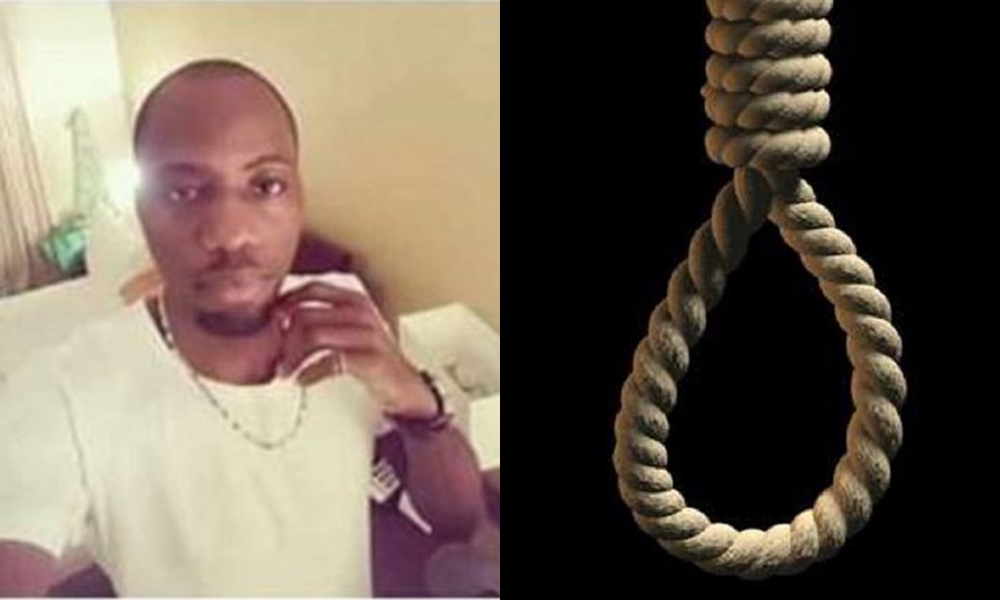 A middle-aged man, identified as Kelvin Rhima who worked as a banker is reported to have committed suicide at his house on Modinatu Street in Ogba, Lagos State. The lifeless body of Kevin who works with a new generation bank was found dangling from a ceiling fan in his mini apartment by neighbours at about 8:00 p.m. on Tuesday.

It was gathered that neighbors became worried on Tuesday evening when they noticed that Kevin hasn’t been outside since morning. Unfortunately, when they looked through the window, they found his body hanging on the ceiling fan.

Immediately after the discovery, they invited policemen to break into the apartment. According to a neighbor, Barry Olarenwaju, “Kelvin was a calm person so we didn’t notice on time. When we didn’t see him outside on Tuesday morning, we felt that was his lifestyle, that he was sleeping inside, but when it was an evening we got worried because there was no padlock at his entrance to indicate that he had gone out.

“When we tried to open the door, it was locked from inside that was when we began to bang on the door. By the time we went to the window, we saw him dangling and his tongue sticking out. From the look of things it was obvious that it was on Monday he died because the body had begun to bloat”.

Another tenant in the building who spoke on the condition of anonymity said immediately we discovered the body, we raised the alarm, it was a battle before the police came to the scene to access the situation.

“We went to Area G on Tuesday night to inform them about the situation they asked us to go to Pen Cinema division, which we did. Ironically, when the police came, they wanted to detain all the tenants, we had to pay N2,000 each so that we won’t be implicated in a matter we don’t know anything about. After which they still abandoned the body with the excuse that the mortuary was filled up. They only snapped pictures.”

It was gathered that policemen from Pen-cinema who came to the compound to access the scene saw the suicide note that he wrote and addressed to his father and girlfriend.

Nigerian lady who loaned boyfriend ₦300,000 fights him in public for spending it on other girls (Video)