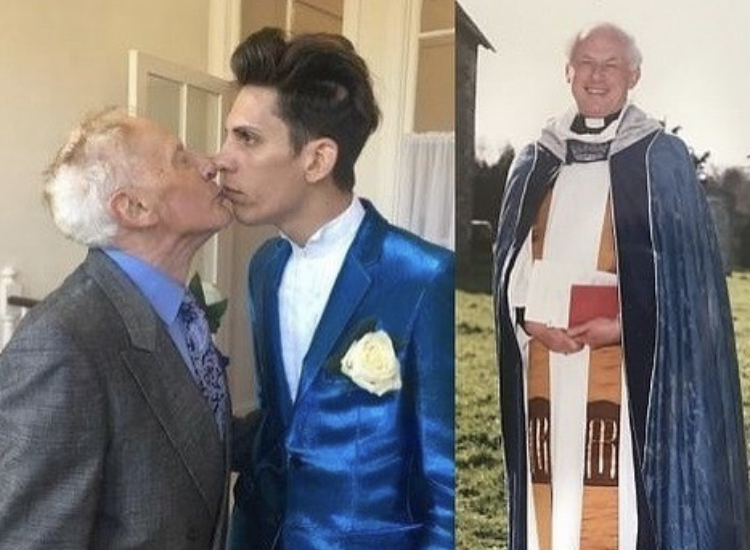 An 81-year-old former vicar who made the rounds when he married his 27-year-old Romanian toyboy lover in 2017, has died.

Philip Clements, a retired Church of England vicar, passed away overnight on May 31 in a Bucharest hospital room after moving to Romania with his 27-year-old husband Florin Marin.

Widow Florin, who is 54 years younger than his husband said he cried over the tragic death for only two days because his late husband would not want him to be sad.

In addition, he will also get £2,000 monthly British widower pension for the rest of life unless he remarries.

Speaking in an interview with Daily Mail, He said: ‘People will think that I am a widow with a black hat who is crying, and I did cry, but two days is enough.’ ‘Philip didn’t want me to cry, he wanted people to be happy whatever happened. ‘I don’t want to show people my feelings because my husband died, because some people take advantage of that and there are people who are happy because of your sadness,’ he added. ‘I am 27 years old and I’m not challenged.’

If you don’t earn up to N1 million per month, you should not live in Lagos -Man says