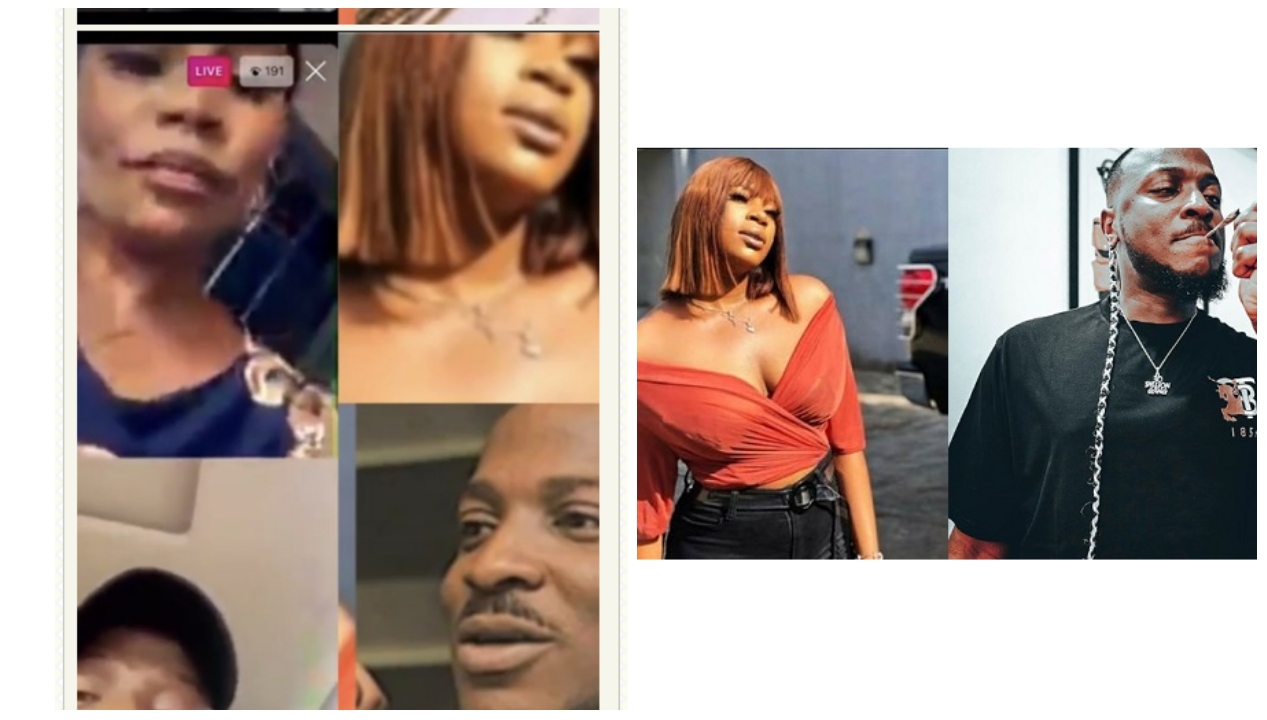 A Nigerian lady Aisha, whose name was mentioned by Peruzzi’s accuser has come out to defend the artiste while stating that the accuser is lying.

Recall that earlier today, a lady took to Twitter to accuse Peruzzi of rape. The woman claimed she followed a friend named Aisha to Peruzzi’s house and, at night, while everyone was asleep, Peruzzi raped her. She said she tried to wake Aisha up but she was fast asleep.

Well, to clear his name, Peruzzi went on Instagram Live with the Aisha lady.

During Instagram live video, Aisha and Peruzzi admitted that they had a thing in the past but Aisha has now moved on.

Aisha went on to say that she knows Peruzzi and he will never do such.

She added that she was there and her friend was not raped as she claims.

“Please, I have a son that I’m bringing up and I will not want anyone to bring up any dead story that is not true about my son, “Aisha said in the video.