#BBNaijaReunion: Mercy Eke confronts Omashola for calling her a prostitute as they go physical (Video) 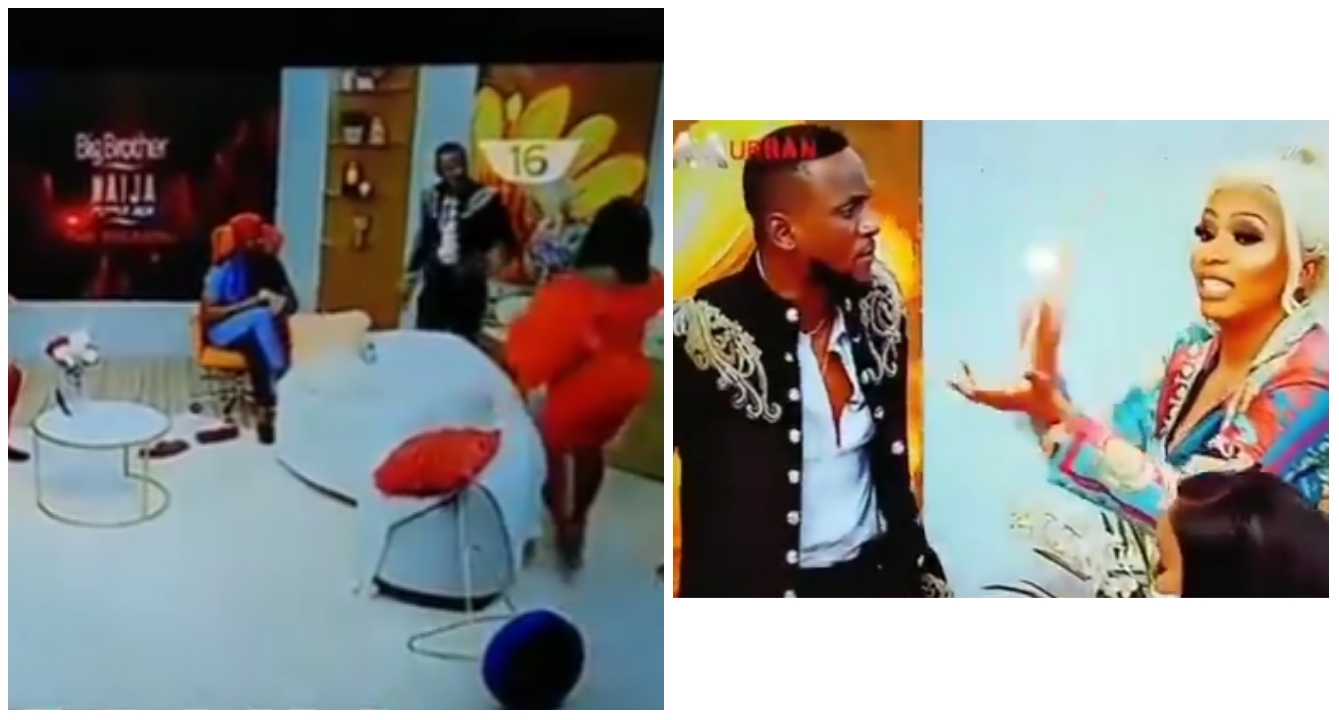 It looks the BBNaija Reunion show is becoming toxic by the day as the duo of Mercy and Omashola almost went into physical combat on Wednesday night.

2019 BBNaija winner Mercy Eke also known as Lambo confronted Omashola during the Wednesday Reunion show for calling her a prostitute during their stay in the Big Brother Naija house.

According to Mercy, she disclosed that Omashola called her a prostitute when they had an argument during their stay in Big Brother house, after the reality show, she was expecting Omashola to come apologize to her but he didn’t. Lambo took that bitterness to the BBNaija Reunion show and things turned physical.

“From the first day I saw you at the ATM, I knew you were…

Ebuka Uchendu, who is the host, was left looking shocked as he didn’t say a word as the two continued to shout at each other until other former housemates stood up to separate them.

However, at the end of the show, they were able to settle their differences.

Watch the clip below;