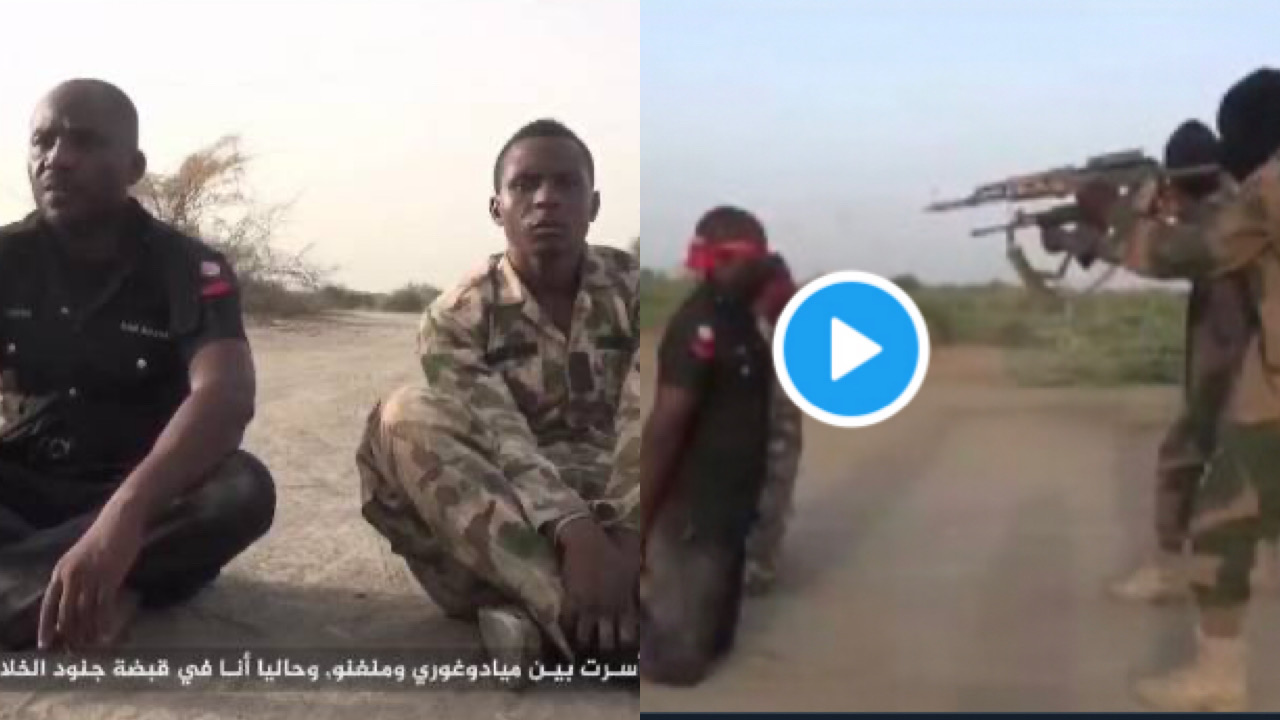 Boko Haram has released a video showing the execution of a Nigerian soldier and policeman.

SaharaReporters gathered that the video released Thursday, June 11, 2020, was made by a sect of Boko Haram that has sworn allegiance to the Islamic State West Africa.

The video released shows two men kneeling in a field and introducing themselves as members of the Nigerian security forces before masked men in fatigues opened fire on them.

According to the slain security personnel, they were on a trip from Maiduguri to Monguno when they were ambushed and abducted by the insurgents whom they described as “Tilafa army”.

“I am 13NA/70/8374 Lance Corporal Emmanuel Oscar, I was captured by Tilafa’s along Maiduguri to Monguno,” the soldier said.

The policeman, who spoke in Hausa language, said, “My name is Yohanah Kilus, I am a policeman, my rank is inspector. I was abducted between Maiduguri and Monguno; I am presently in the custody of Tilafa soldiers.”

‘I only wanted 4 children, I need a job’ – Mother of 7, living in one room cries out