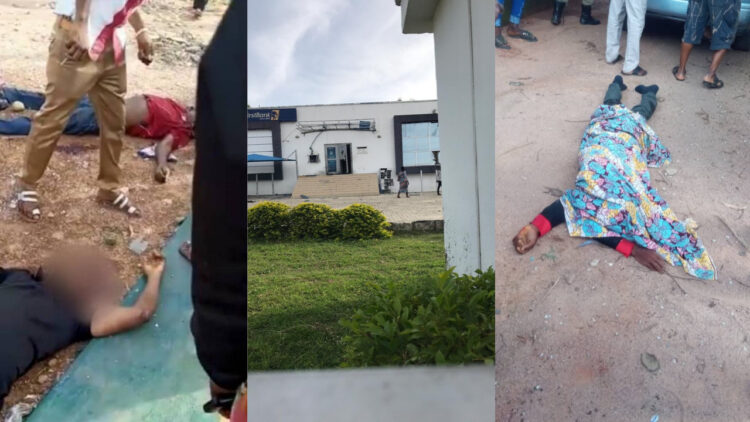 An unspecified number of people were said to have been shot dead in a bank robbery attack in Isanlu, Kogi State, on Thursday.

The robbery was said to have lasted over 2 hours and at least 18 armed robbers laid siege to Isanlu in Yagba East LGA of Kogi State, killing many at the police station opposite the LG headquarters, including the DPO, as well as many civilians at First Bank – the only commercial bank in the town.

A source, who spoke with SaharaReporters, said that the robbers stormed the bank few minutes after closing hour, shooting sporadically and killing many customers and staff in the process.