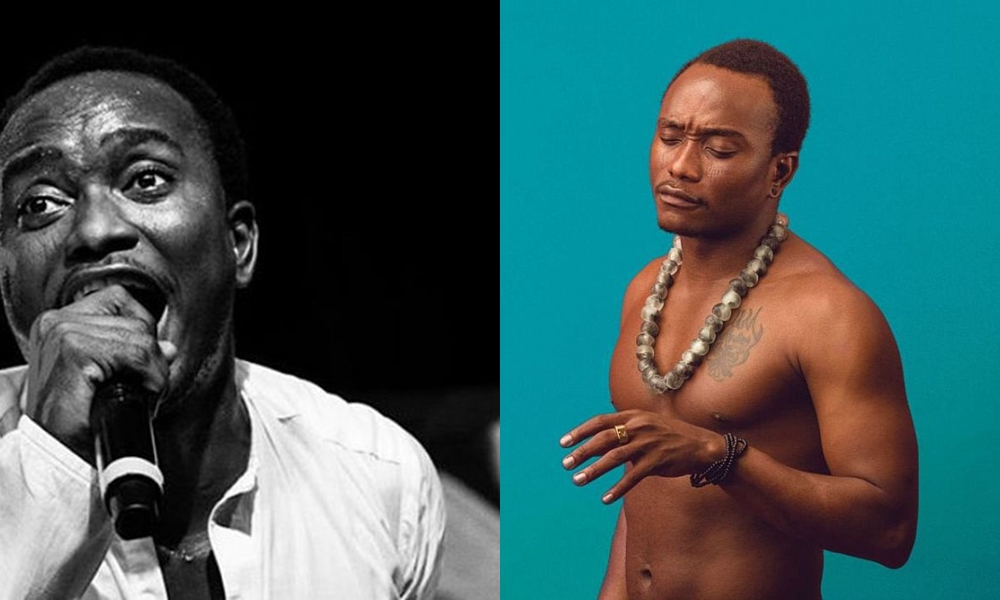 Singer, Olawale Oloforo, popularly known as Brymo, has set Twitter on fire. He is currently trending and many are calling for his head over a tweet. Many are also rising to his defense too.

Yesterday he tweeted:  “Is rapist a new word for anyone doing something of note these days?”

Is Rapist a new word for anyone doing something of note these days ??

I’m the fastest growing musician in the world – Brymo…

When other Twitter users pointed out that his comment was insensitive, especially since he has previously been accused of rape, he refused to back down and defiantly dared his accuser to come forward with proof.

“Tell my accuser to come out and put a name and face to their claim, in the presence of the law or shut your stinking guts,” he wrote.

Tell my accuser to come out and put a name and face to their claim, in the presence of the law or shut your stinking guts..

A young lady identified as Uche Nelo, on April 29 accused the singer of raping her at his house.

According to a publication, his manager had threatened legal action against his accuser when contacted over the matter.

“Brymo is not going to comment on that issue, I am his manager and we wouldn’t want to comment on this issue, as they will hear from our lawyer soon. I don’t care what the media or anybody wants to call it, as i said, we are going to go legal on the issue,” he said.

Read some reactions to Brymo’s tweets below:

Brymo legit used his tweet to stoke outrage, thereby taking attention away from the rape issue itself and attracting bants to himself.

Brymo asked a fucking Question and Twitter NG is already on his neck. Is it that we don't know what a Question is??? https://t.co/DNTm41J6FL

“you need a certain level of intelligence to like brymo’s music” meanwhile the brymo himself na mumu https://t.co/1LmrQAM2mm