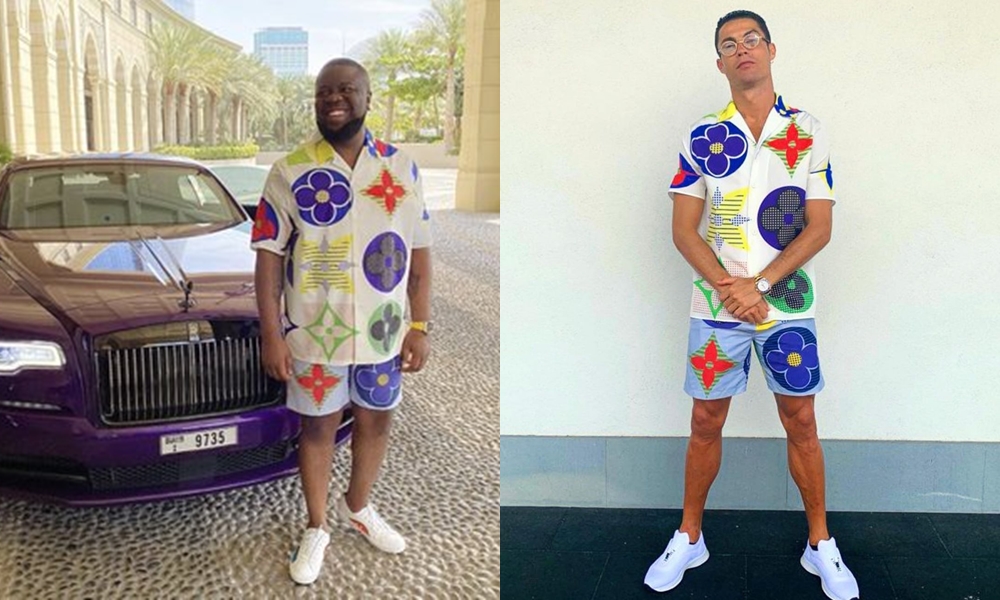 C. Ronaldo recently shared a photo of himself in a Louis Vuitton wear which did not necessarily go down well with his teammates.

Who wore it better pic.twitter.com/7kSwpzJMwo

In the photo, the 35-year old rocked a Hawaiian shirt valued at around £655 and matched it with some board shorts which, according to Sunsport, cost around £600.

“Starting the weekend with a good vibe and a good style,” Ronaldo captioned the photo. To say the outfit was screaming with color would be an understatement.

Typically, ardent Ronaldo fans see no wrong in the footballer whatsoever but that was not the case with some of his teammates who tackled him mercilessly in the comment section.

Another defender, Leonardo Bonucci also hoped in by sharing several laughing emojis along with the caption “Unbelievable”.

Retired midfielder Marchisio also saw the hilarious side of the entire outfit.

Regina Daniels friends surprise her with a baby shower (Video)