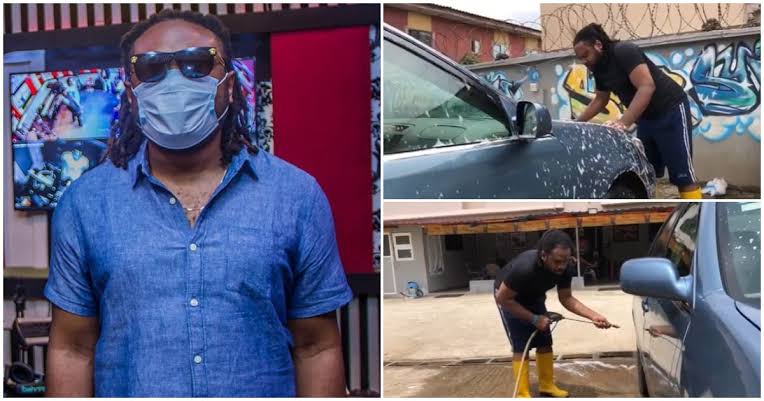 Visually impaired singer and top producer in the country, Cobhams Asuquo recently shared a video of him washing his car on Instagram.

Cobhams was seen washing with no visible help spotted in the video.

The producer’s song with singer Simi titled We Plenti was also heard playing in the background; a song which talks about how no one is really alone and people are all connected by their individual struggles.

Cobhams shared the video and wrote in the caption that he will be giving out the sum of 20k to five lucky fans.

According to him, all they have to do is make a video recording of themselves getting busy with their hustle.

“I’m giving out 20k to 5 people to reward their hustle! Post a video of yourself vibing to my song We Plenti ft #Simi, while you are doing chores, working at your job/office, or giving us your #hustle. The more creative your video the better! I’ll be reposting the videos so use the hashtags.”