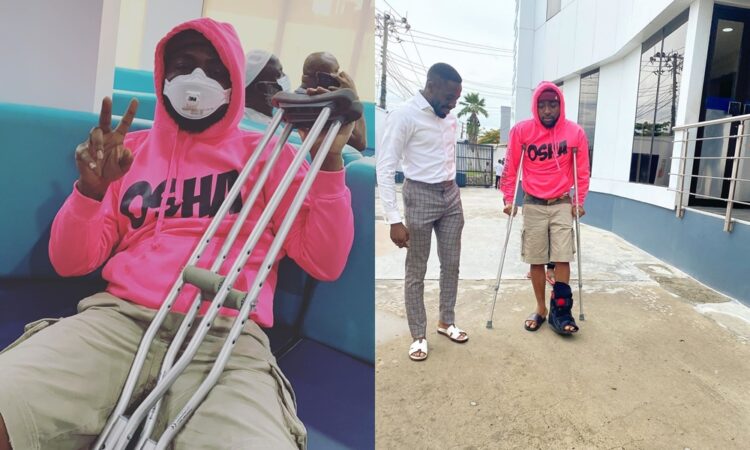 Popular singer, Davido who has been tending his leg injury, was snapped outside a clinic in Lagos yesterday. He has been temporarily confined to crutches after he sustained a leg injury.

His lawyer, Bobo F. Ajudua shared these photos of him as he stepped out in crutches. He wrote;

“How some people chose to enter June. Nawa. At some point yesterday we were literally thanking God there are no shows right now 😅. Get well soon bro @davidoofficial 🙏🏾🙏🏾”

How some people chose to enter June. Nawa. At some point yesterday we were literally thanking God there are no shows right now 😅. Get well soon bro @davidoofficial 🙏🏾🙏🏾

Meanwhile, Davido has finally completed the finishing touches of his new crib and moved in. The singer who has been basking in the euphoria of purchasing an expensive home in the plush area of Banana Island Lagos, took to his Social media page to share lovely images of his new home.

In one of the videos, Davido lauded the effort of his interior decorator who did a great job in putting the place in order in such -The settee in David’s new home is expensive enough to build an average home.