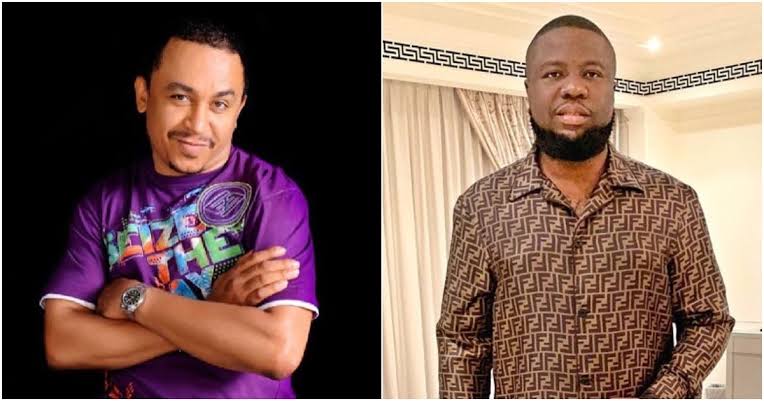 Media Personnel, Ifedayo Olarinde better known as Daddy Freeze, in a latest statement said he always assumed that alleged international fraudster, Ramon Abass aka Hushpuppi, was a social media influencer and not a criminal.

Daddy Freeze, who is known for his incessant attacks on pastors, said Jesus Christ never condemned anyone and it would be wrong of anyone to judge Hushpuppi, PUNCH reports.

Daddy Freeze made this known in a video while reacting to criticisms from Nigerians on Friday.

In an old documentary that began trending in the wake of Hushpuppi’s recent arrest, Daddy Freeze is seen mocking Nigerian youths who accuse Hushpuppi of fraud.

In the documentary which is almost an hour-long, Daddy Freeze, accompanied by his wife, described with glowing words Hushpuppi’s questionable lifestyle.

“Hushpuppi’s driver earns N700,000 month while you that abuses him on social media are doing houseboy work and earn N35,000 a month…Instead of you to beg Hushpuppi to hire your father as a driver,” Daddy Freeze had said.

Addressing the criticisms fired at him, the broadcaster said Hushpuppi told him he was a social media influencer.

He said had he known that Hushpuppi was a criminal, he wouldn’t have hung out with him.

“He didn’t receive calls from hackers. I didn’t meet him at a crime scene. I met him at the Burberry VIP Lounge that was open to exclusive members and his house. The interview was shot in those places.

“Another set of guys say oh Daddy Freeze you’re hanging out with criminals. First things first, I didn’t know him to be a criminal. If I did, I wouldn’t hang out with him and unless someone is proven guilty, I do not discriminate against him because Christ who I follow didn’t discriminate.”

FG to shut down Kara bridge on Lagos-Ibadan expressway