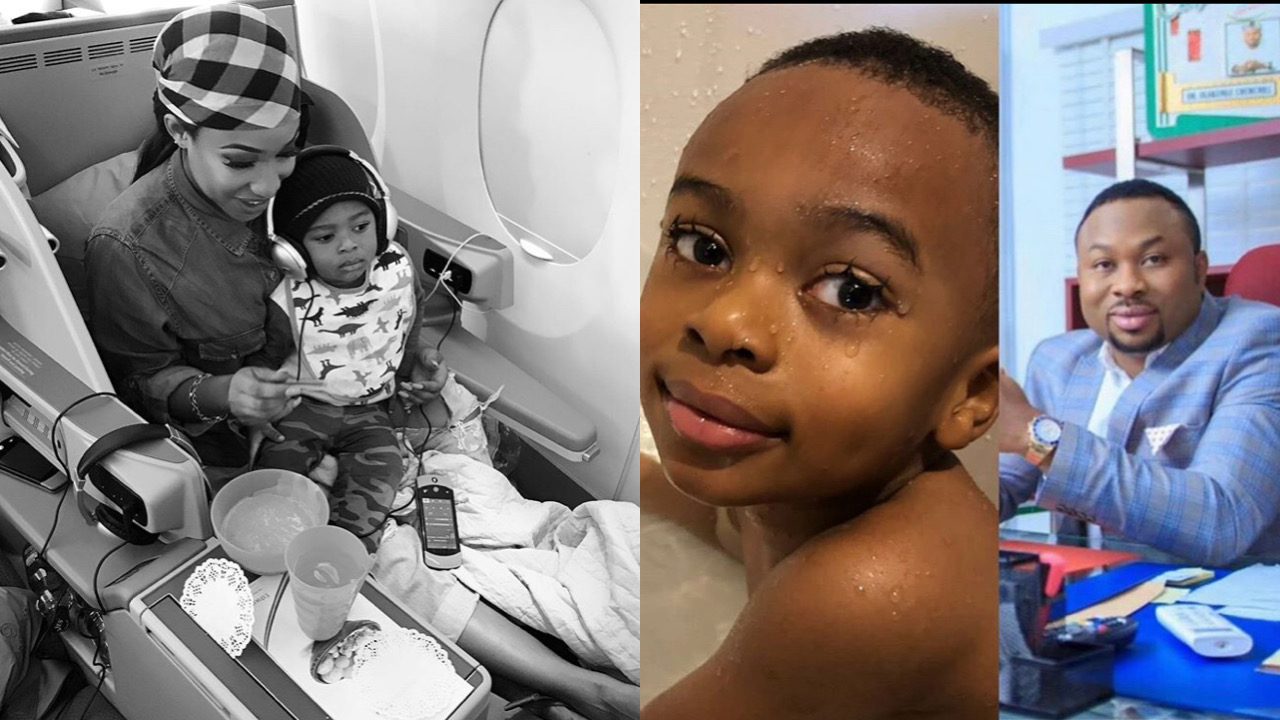 Churchill Olakunle has replied his ex wife, Tonto Dikeh for claiming to be the father and mother of their son, King Andre Olakunle on Father’s Day.

Tonto Dikeh even went as far as changing Andre’s last name to her father’s name, at least on social media, no official documents to back this move.

Churchill took to his Instagram page on Father’s Day to celebrate himself for being a dad and also pointed out that the marital status between parents doesn’t affect or negate the fatherly role of a man in his child’s life.

I pray for all the fathers in the world that your child/children will not be used as a tool of jealousy, because of broken relationships like it’s done in the old Era.
As I celebrate this day, I pray this won’t be the era when single parenting ends up affecting a child/ children’s mentality thereby confusing them.

This is a new Era and things have changed. Relax, you’ll reconnect with your child at the right time.
You Are A father!
We Are Fathers!! I Am A Father!!! Happy Father’s Day To You!

You don’t need a church wedding to be married. It isn’t in the scriptures — Reno Omokri