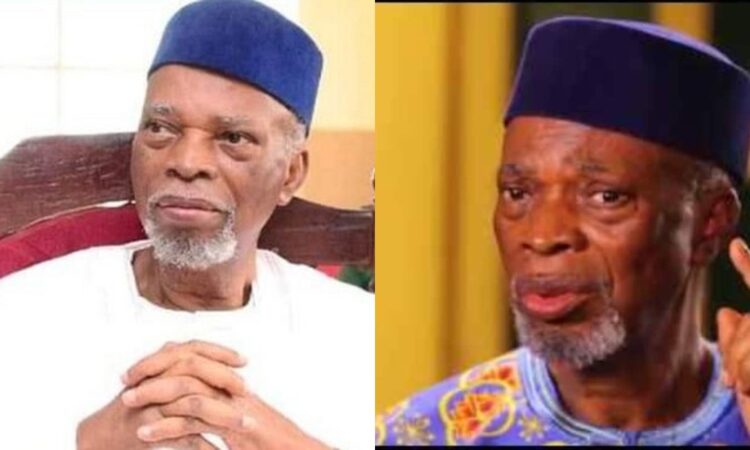 Former governor of the Old Ondo State (which comprised Ondo and Ekiti States), Bamidele Olumilua, is dead. It was reported that he died in the early hours of Thursday, in Ikere Ekiti in Ekiti State. after battling with a brief illness.

Bamidele served as governor of the Old Ondo State between the years 1992 and 1993 under the aegis of the Social Democratic Party.

The News Agency of Nigeria (NAN) reports that Olumilua, had been battling some illnesses, associated with old age, before his eventual death.

Ekiti State Commissioner for Information and the son of the former governor, Muyiwa Olumilua, disclosed the news via telephone.

Muyiwa said, “Baba died today (Thursday) around 3 am. We thank God that he lived a good and worthy life and we are proud of his personality and achievements while alive.

“Burial arrangements will be announced later.”