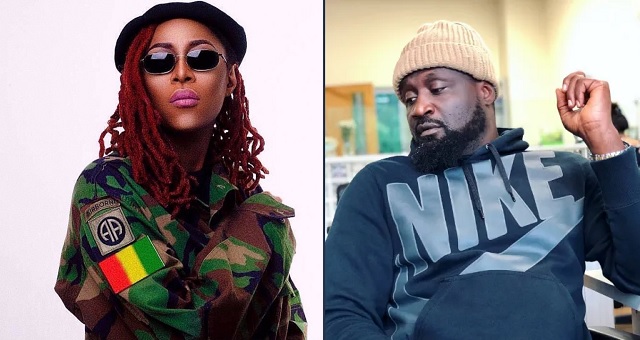 The Northside Entertainment label owner, Jude Okoye in a recent post via his social media handle has claimed that he received a death threat over his association with artiste, Cynthia Morgan, who blamed him for her career troubles.

Jude Okoye revealed this when he shared a screenshot of a message he had received from someone who threatened to ‘eliminate’ him for what he did to Cynthia Morgan.

“A threat! What should I do with this? @opetodolapo @policenglagos,” he captioned the post. 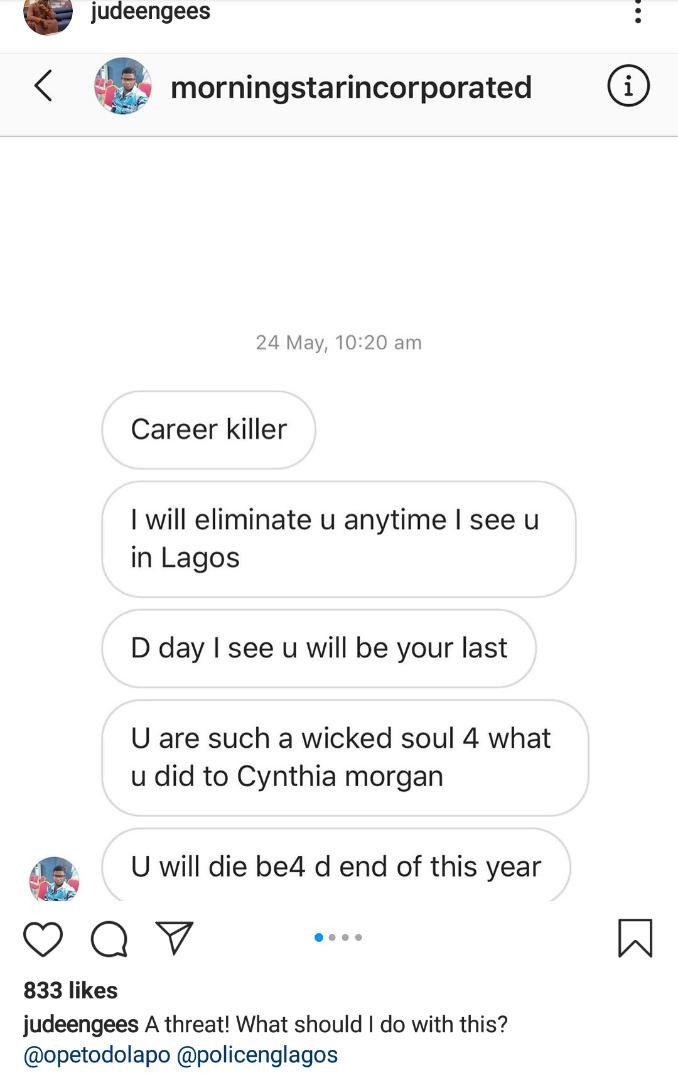 Recall that some weeks ago, Cynthia Morgan in an Instagram live video, with Ex-Miss Globe Nigeria, CASSANDRA, disclosed why she has been away from the entertainment industry alleging that Jude Okoye seized her accounts, made her stop using her name as well, and not promoting her and that she does not own rights to the music she produced while still under Northside Inc, which made her lost virtually everything.

In a response, Jude Okoye went on to release the contract between his label and Cynthia Morgan and the story changed.

Graphic Designer expresses disappointment, calls out producers of Living In Bondage for “stealing” her designs and refusing to pay her