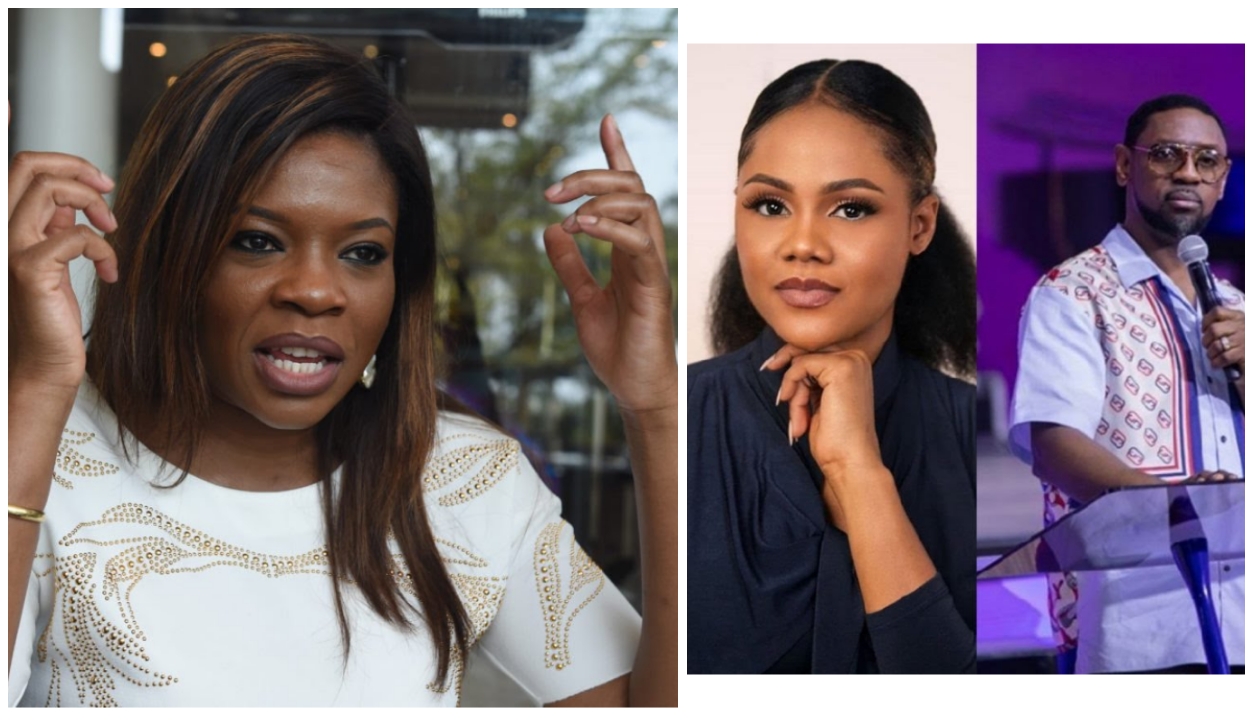 Nigerian ace movie director, Kemi Adetiba has taken to social media to fire at a troll, who said Busola Dakolo was only chasing clout by coming out to accuse COZA Pastor Abiodun Fatoyinbo of rape.

The rape allegations against Fatoyinbo by Busola came up again following the rape and murder of Uwa Omozuwa.

The troll in his statement on Twitter wrote, ”Please let busola Dakolo go and sit down. She has gained almost all she wanted from the clot chasing. She has got her instagram account verified, become the face of rape victims gain lots of followers. Except one thing. The man of God is still standing! Thats a loss battle dear.”

Busola Dakolo gives an update on her rape case against…

However, Kemi Adetiba would have none of it as she fired at the troll.

She said, “Yes. She came out and put herself and her family under immense mockery and scrutiny for a verified Instagram account and to be the “face of rape victims”. Hopefully in the not too distant future, you’ll come back to this documented tweet of yours and realize how STUPID it reads.” 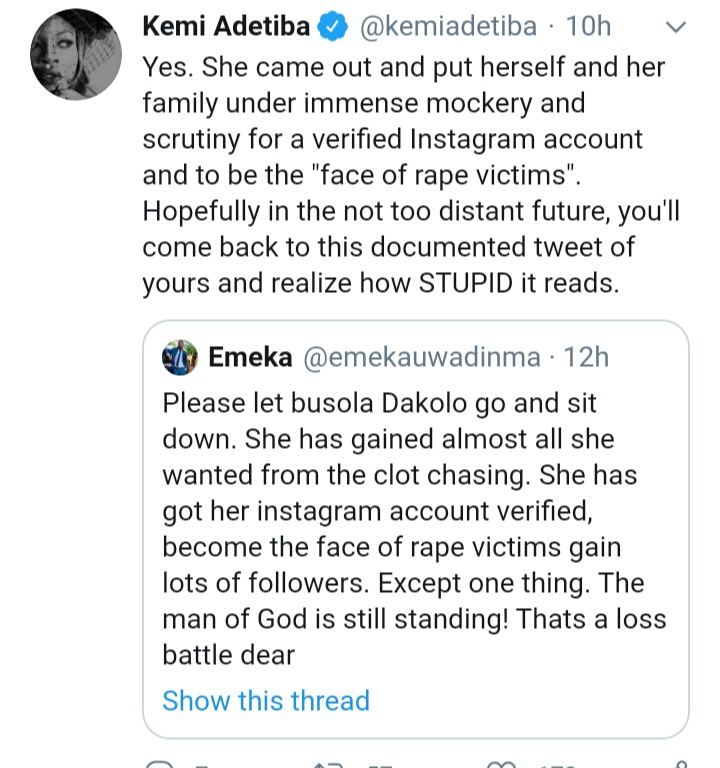