Never postpone whatever you’ve in mind to do for your parents while they are alive – MC Oluomo says, reveals his mum died in the mansion he built for her 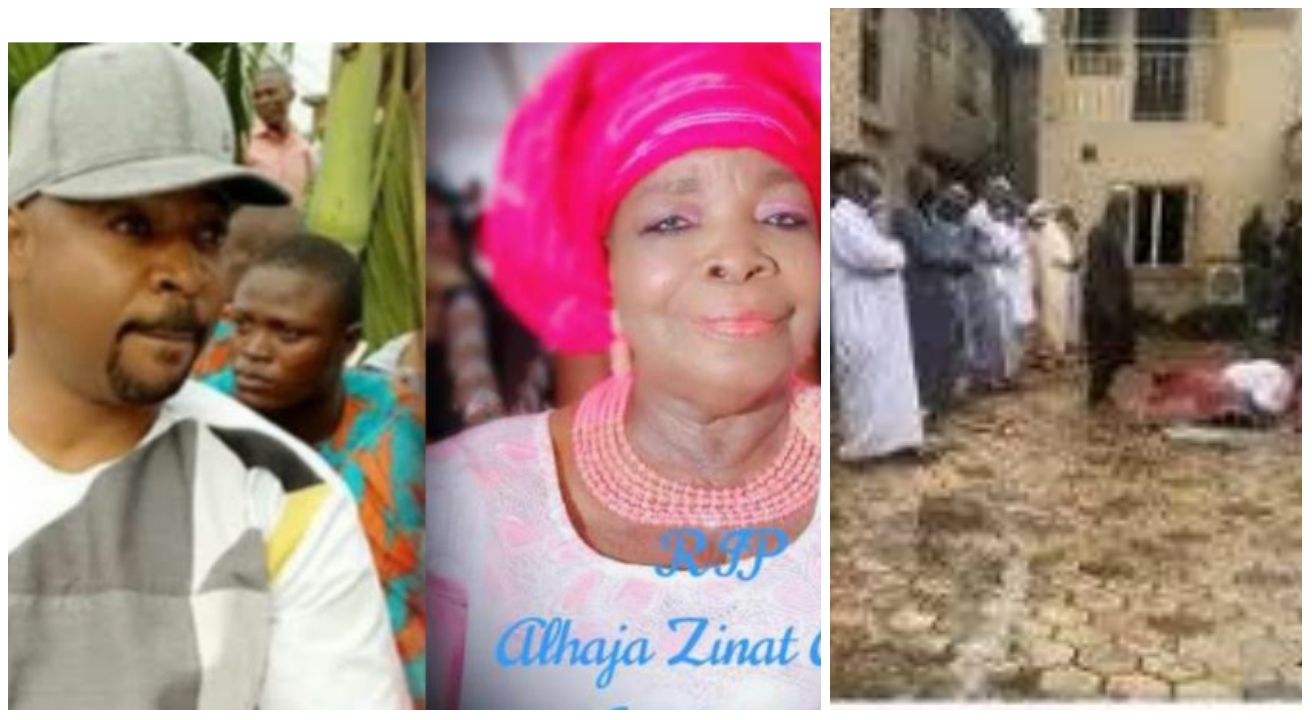 Recall that the popular chairman of the National Union of Road Transport Workers NURTW Lagos chapter, MC Oluomo lost his mother Alhaja Abebi Zinat Omotonwo on April 30 at her residence, where she was buried the same day according to Islamic rites.

Well, MC Oluomo in a recent statement  disclosed that death of his mum came as a shock to him as she was never sick.

The NUTRW Chairman however, added that he was glad to have moved her into the mansion he built for her before her death despite the COVID-19 lockdown.

He said, “I never saw it coming that my mum would leave so soon. Most especially because she wasn’t sick at all. I remember the day vividly that my mum chatted with me for many hours before she died. We have finished eating “Sahur” in her house during the lockdown and she told me about her life history. How she grew up.

She also told me everything about my dad. All the things she told me were strange to me as she had never told me anything like that before. She explained that I should never be tired of giving that I took that after she and I told her: “Maami, I have an appointment, with the governor by 10 a.m. I can’t afford to be late”.

We discussed till a few minutes to 6 and she said okay, let’s us go and pray. She went to her room to pray, while I went to mine. After praying, I checked her through my phone as I have a device that I could use to monitor my mum wherever she might be. There was no day I didn’t see my mum before her death. She was always at home praying most of the time.

So, I checked my phone and I saw that she was praying. I said let me rest a little before going to see her when I would be leaving in the morning. I believed I dozed off for a few minutes, then I checked on her again. At that point, she was sitting at the tip of her bed praying, then she slept. I was like, why was Mama sleeping like that?

Why was she not sleeping well. So, I said let me prepared for my appointment. Then while checking on her again, I saw that one of her closest aides, who is a family member was checking on her, holding her head. In my mind, I asked why was she acting like that?

I saw that she was crying on my phone then I ran there to see Mama. My question to her was “kilose Mama”, and she replied Mama ti ku”. I checked and I was like “Mama was gone”. I couldn’t hold back tears, but I learnt a lesson.

What lesson if you ask? I learnt that we should never postpone whatever we have in mind to do. We must appreciate our parents while they are alive. My greatest regret in Life would have been that I didn’t bring my mum to the new house I bought for her before her demise.

The house where she was buried was built for her and it was ready during the Covid-19. Even when people said I should let her stay at her old house till, after the Covid-19, I said ‘no’ she should be brought to the new house.”