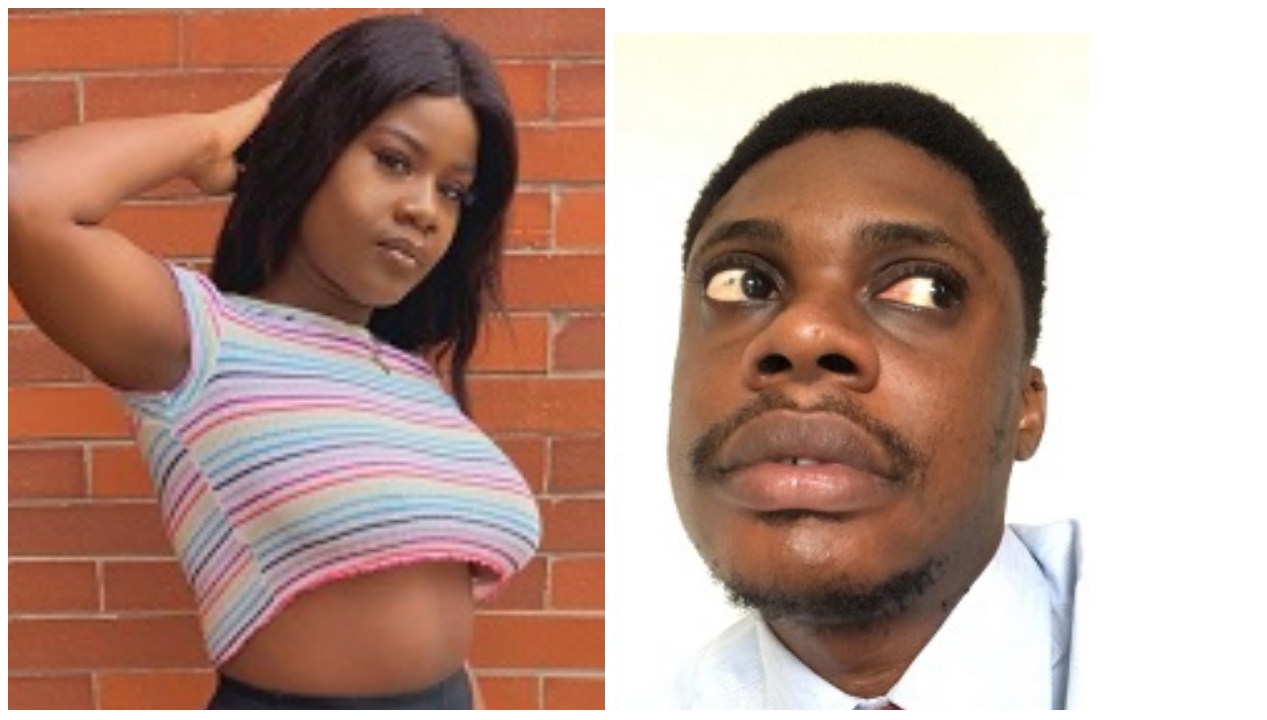 According to the reports, popular Nigerian comedian, Ebiye’s ex-girlfriend, Hannah in a post on social media has accused him of sexual and physical assault during the period they dated in 2018 and 2019.

Hannah alleged that the comedian who once threw his phone at her, threatened to throw her out of his house at odd hours if she said anything to anyone.

Hannah also claimed that while some girls told her she was dating a “rapist and a pervert” others sent her dick photos he allegedly sent without them asking for it.

Hannah who dubbed the comedian as a “sick manipulator and a woman beater“, recalled how he allegedly threatened to kill her and also kill himself if she ever leaves him.

“He saw my friend tweet and he started messaging my finsta because he’s blocked everywhere else. @ComedianEbiye

I have been quiet for too long but I actually have your time today. Ebiye and I dated at the end of 2018 to early 2019. I was at his house for a while and it was such a horrible period of my life because I practically suffered in silence. He physically abused and sexually harassed me countless times.

It sounded so embarrassingly stupid telling anyone that someone I was in a ‘relationship’ with constantly had his way with me and that leaving was not even the easiest/safest option for me at that time. No doesn’t mean no for him, whenever he wanted it, he had to get it especially days he’d come back drunk. He smashed things on me and threatened to throw me out of his house at odd hours if I said anything to anyone.

He was so confident because according to him, he has friends and followers that’d believe his side of the story. A certain time, he threw his phone on my face and it fell and broke into pieces. He took a picture of his shattered phone with my own phone and turned it into a motivational speech on his instagram, something about phones being distractions to success.

He lied that he smashed his phone himself because he wanted to work without distractions. I watched as people in the comment section laughed and asked different questions and I still couldn’t say anything because it wasn’t that easy for me to. He wouldn’t let me go out to see my friends and he wouldn’t let my friends come to the house to see me.

I was more of embarrassed to tell any of them so I kept lying because I was scared of what they’d say and I wanted to ‘protect his career.’ Different girls kept sending me messages telling me he was sending them dick pics that weren’t asked for.

They kept telling me I was dating a pervert/rapist and everytime I tried leaving, he’d kneel and cry his famous tears. Sometimes he’d push me to the wall and press on my neck so tight till I’d start begging.

He had a knife one time and threatened he’d kill me and kill himself if I swear to leave him again. His housemate heard me screaming and begging to be left alone and he ran upstairs to see Ebiye literally dragging me on the floor close to the stairs, he flipped it on me and told him I was ungrateful and that I said really rude things to him. Ebiye is a very sick manipulator. He’s a woman beater.

He’s very much capable of murder and he needs to be checked out before someone else becomes a victim of such. When I managed to leave and blocked him. He started sending me emails. @ComedianEbiye

How do you call physical and sexual abuse mistakes? And just yesterday when my friend called him out for harassment on twitter, he messaged my finsta to beg.

He kept unsending messages after begging me to tell my friend to delete her tweets.”

She also shared screenshot of an email in which Ebiye allegedly begged her not to tell anyone what happened between them.

My Mum Hates It So Much, Whenever I Say I Am Never Getting Married