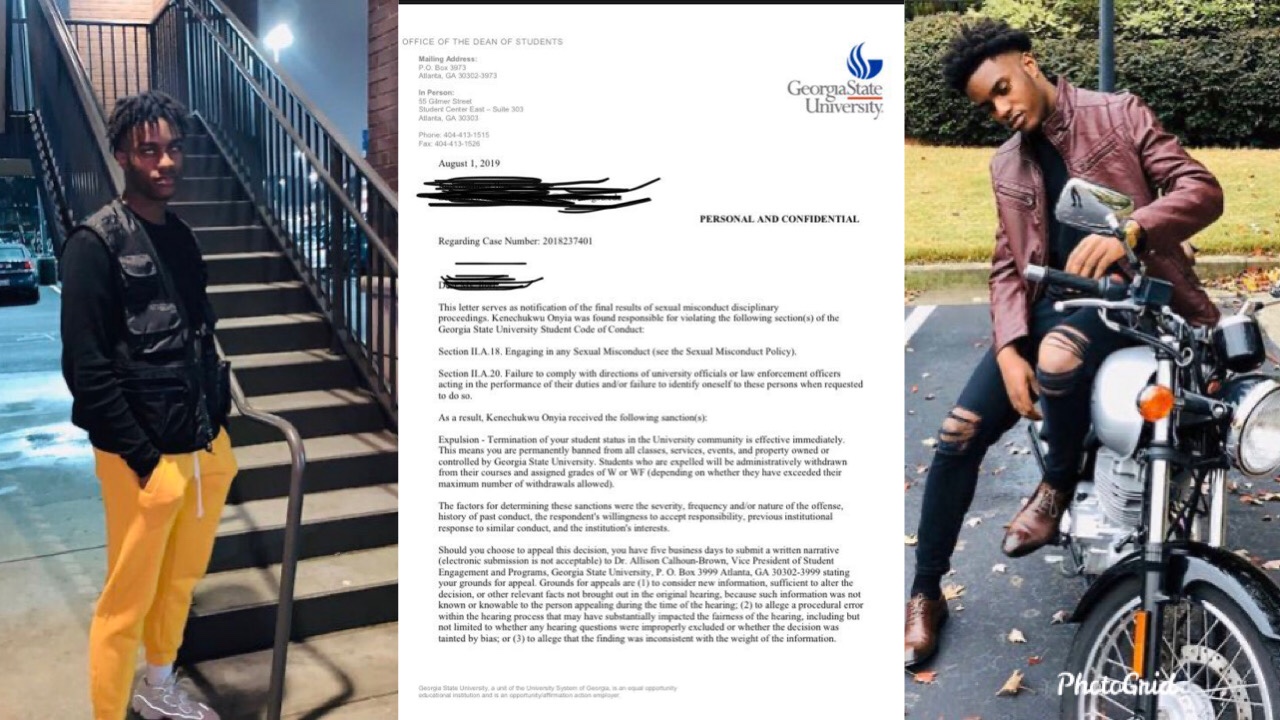 A Nigerian student in the United States, Kenechukwu Onyia has been reportedly expelled from Georgia State University, Atlanta, over sexual misconducts on campus. Kenechuku was said to have sexually taken advantage of someone he knew while they were passed out.

According to an independent campus sexual assault awareness page on Twitter identified as “gsusafespace”, the Nigerian descent was expelled August 2019 and now facing legal actions in the US.

TW:// This is Kenechukwu Onyia. He was expelled and is now facing legal action. He took advantage of someone he knew while they were passed out. Ppl at GSU still relate with him and may not know who truly is. Gsusafespace tweeted.

Photos of Mister Onyia alongside a copy of his expulsion letter was shared on the page.

In light of the tragedy that befell Vera Uwaila Omozuwa, a 22-year-old fresh student of Microbiology at the University of Benin (UNIBEN) that was raped and murdered in a church, A Nigerian lady has summoned the courage to narrate how her cousin raped her during a trip to their hometown.

“My generation acts cowardly, they only fight behind keypads” – Rema